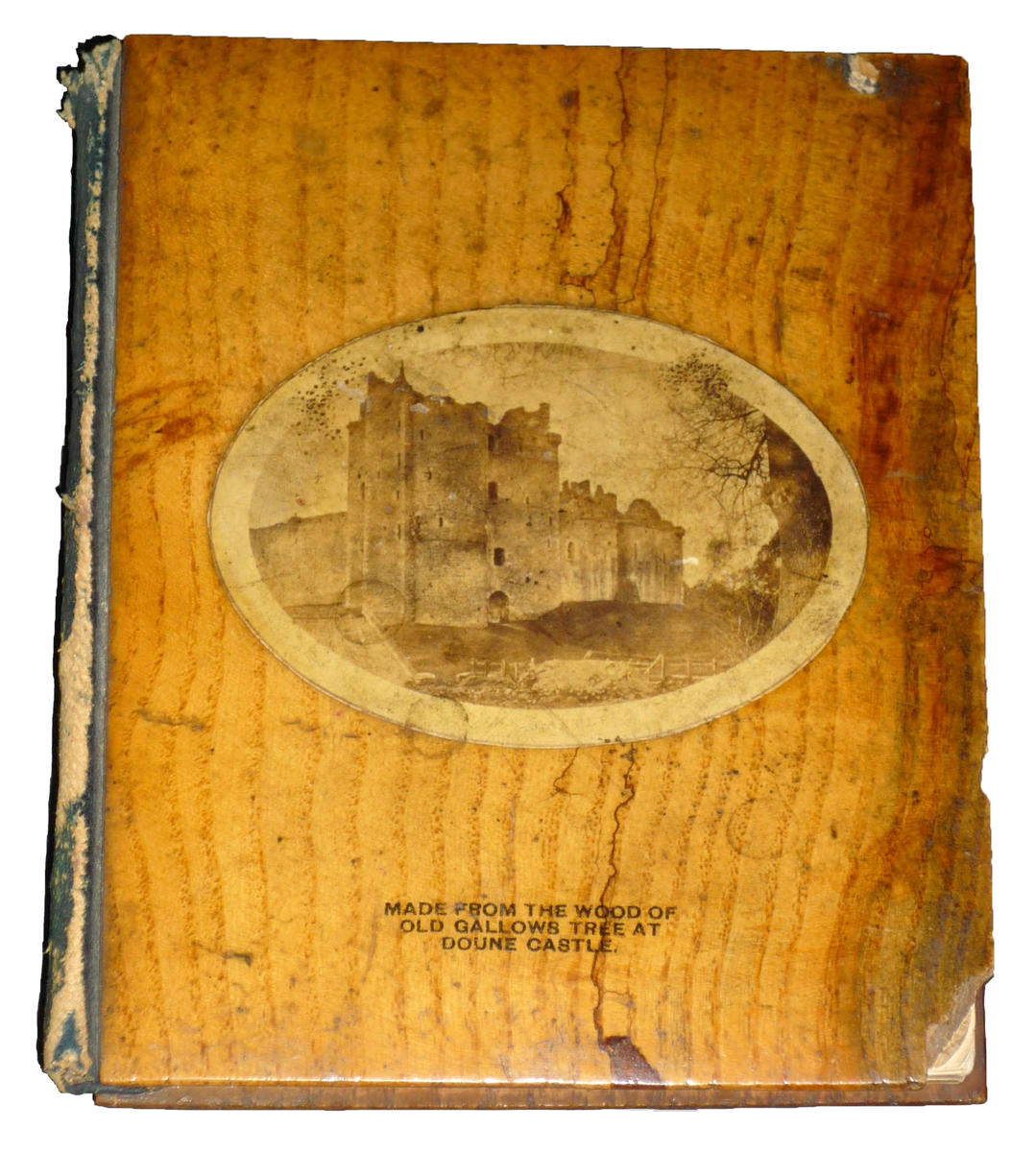 The covers of this guide to Doune Castle are made of wood from the Old Gallows Tree that once stood by the castle gates. The ash tree was blown down in 1878.

Historically, lords had responsibility for justice in their local areas. It is thought that wrongdoers in Doune who were unlucky enough to be sentenced to death were hanged from the tree. Such was the fascination with its notorious past that the fallen tree was used to make furniture and souvenirs. Some pieces can still be seen in Doune Castle today.

The book was written by James Dunbar, the castle keeper at the time. This sixth edition of the popular guide was printed in 1894. It had already sold about 9,000 copies and been praised by Queen Victoria and other famous figures. We don’t know how many copies were bound in oak or how many of those with wooden covers survive.