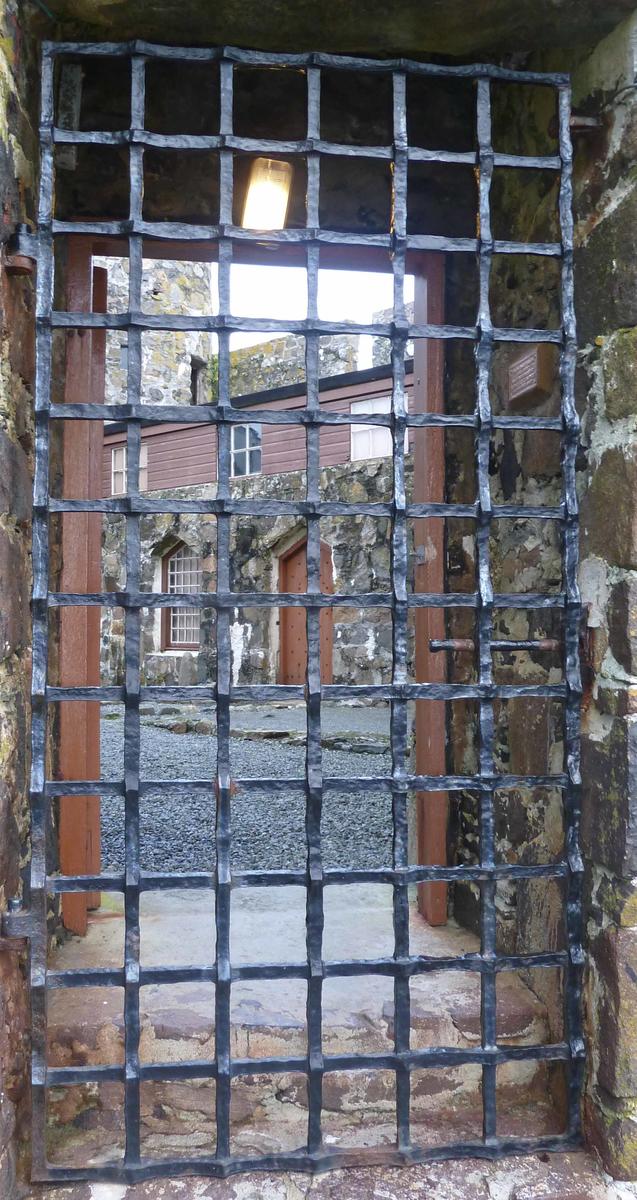 Yetts are iron gates that were often found behind the main door of a castle or townhouse. They were used for security and would have helped protect against intruders and thieves. The interlaced design of the bars meant that it was not possible to remove any one bar individually. They opened in the same way as a normal door or gate, with hinges on one side and usually a bolt on the other. On loan from a private lender.

Kisimul Castle, seat of the chief of the Macneils of Barra, tells us of the nature of Gaelic lordship in the Middle Ages. Caisteal Chiosmuil, the island stronghold’s Gaelic name, means ‘castle of the rock of the small bay’.

It’s said that the Macneils settled in Barra in the 11th century, but it was only in 1427 that Gilleonan Macneil was recorded as the first lord. He probably built the castle that dominates the rocky islet, and in its shadow a crew house for his personal galley and crew.

The Macneils were a seafaring clan. A descendant, ‘Ruari the Turbulent’, was arrested for piracy of an English ship during James VI’s reign in the later 1500s.

The Macneils of Barra

The Macneils of Barra claimed Irish descent from the legendary Niall of the Nine Hostages, high king of Ireland in the 5th century and great-grandfather of St Columba.

By the 1400s, their clan chief was part of an elite group of lesser lords who were members of the Council of the Isles. This body advised the MacDonalds, Lords of the Isles, usually meeting at Finlaggan, on Islay.

The Macneils didn’t emerge as lords of Barra until Lord Alexander MacDonald granted the island to Gilleonan Macneil in 1427 – but they may have had some control over it in earlier medieval times.

Heavy debts forced the Macneil chiefs to sell Barra in 1838. But a descendant, Robert Lister Macneil, the 45th Chief, bought the estate in 1937, and set about restoring his ancestral seat. It passed into state care in 2000.

The castle built in the 1400s was originally a three-storey tower house, in which the clan chief lived. A curtain wall fringed the small rock on which Kisimul stood, and enclosed the small courtyard with its ancillary buildings.

Most of the buildings were restored in the 1900s, the tanist’s house serving as the family home of the Macneils.

A well near the postern gate is fed with fresh water from an underground seam. Outside the curtain wall, beside the original landing-place, are the foundations of the crew house, where the sailors manning their chief’s galley had their quarters.

Find out more about Kisimul Castle