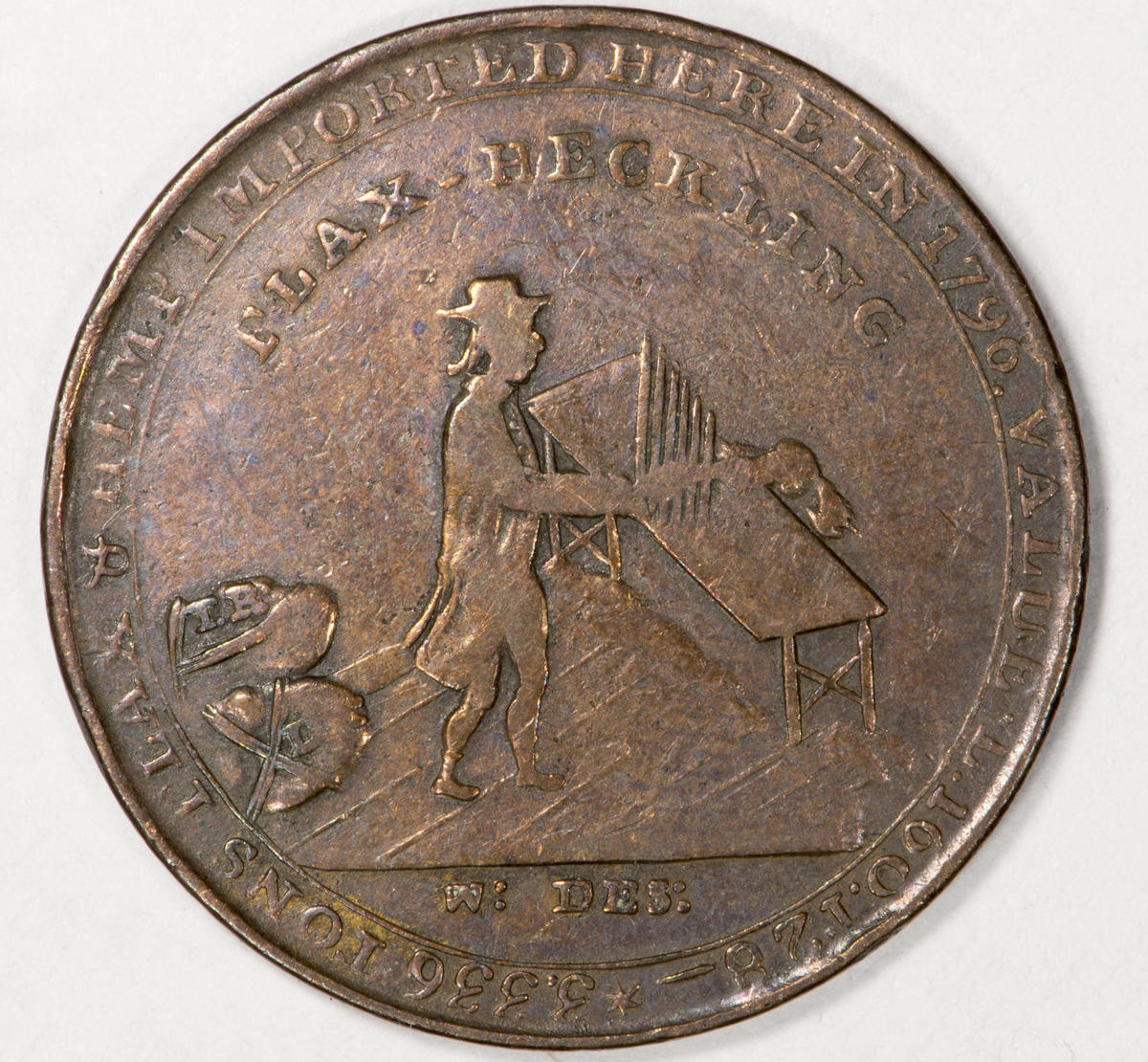 Dundee half penny trade token, 1797. The obverse depicts a man wearing a long jacket and a ribboned hat, weaving flax at a trestle table. The inscription reads 'FLAX AND HEMP IMPORTED HERE IN 1796. VALUE L160,128 - 3.336 TONS'. The inscription in the field reads 'FLAX HECKLING, W: DES:'

Trade tokens were issued by merchants, to provide small change during times of shortages of copper coins. Trade tokens were used in a system similar to bartering, where a token was used as an alternative form of payment for goods, with the agreement that the token could then be exchanged later for goods in the merchants’ shop or warehouse.