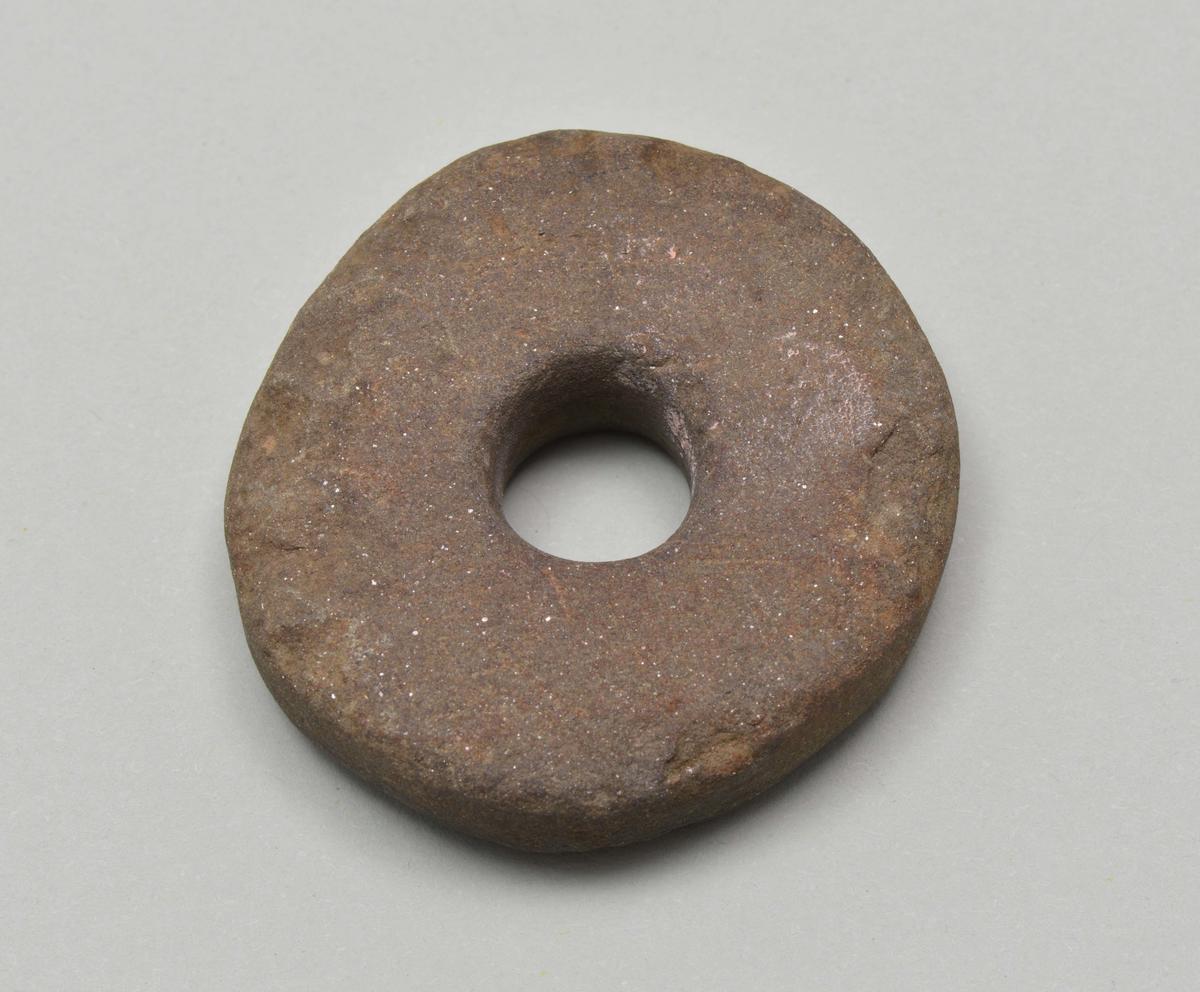 This spindle whorl was found on the site of Smailholm Tower and is believed to date from the 17th Century.

Spindle whorls are used to make thread. A wooden dowel is inserted in the central hole of the whorl and raw fibres are then attached to the dowel. The spindle is then rotated, causing the fibres to twist, which turns them in to thread. This method of creating thread has been used since prehistoric times.