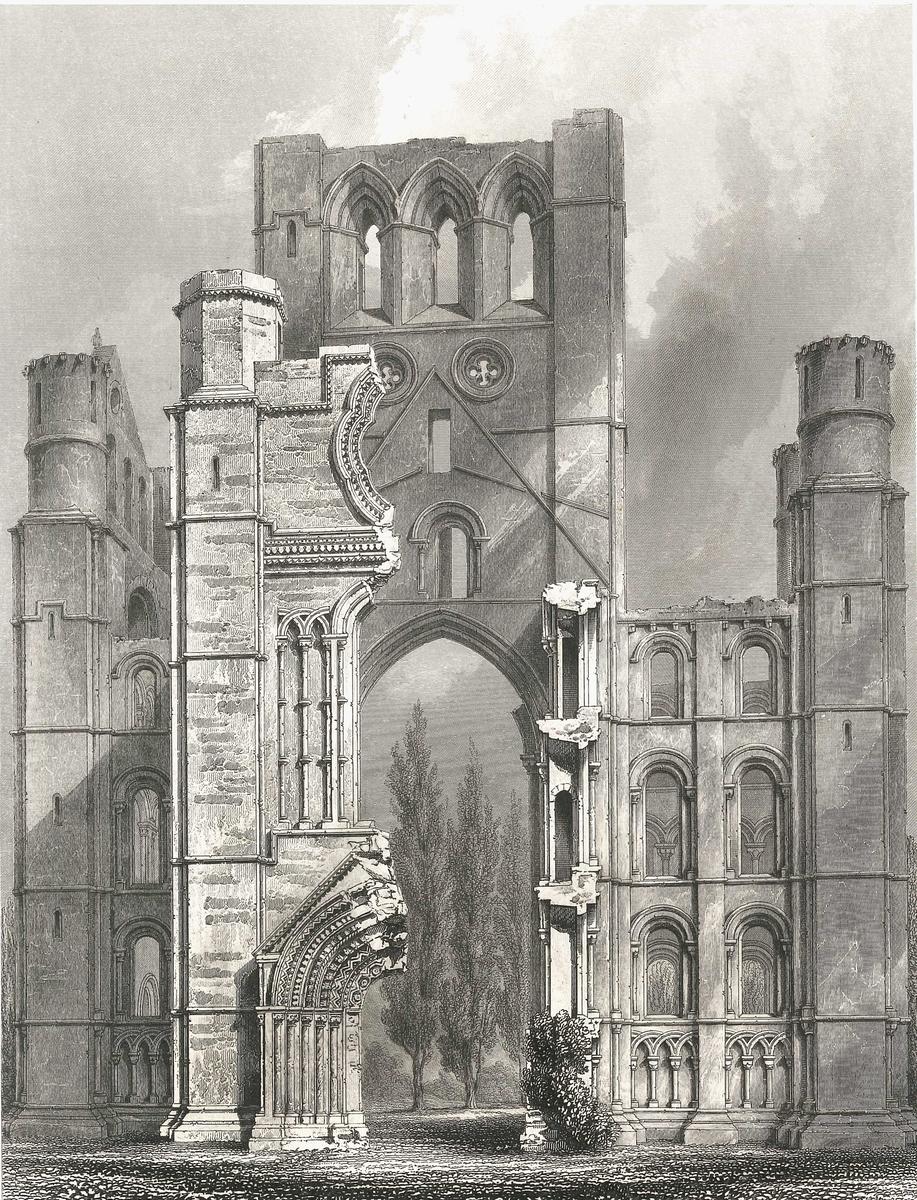 In about 1113, David I invited Benedictine monks from Tiron Abbey in northern France to establish a house at Selkirk. By 1128 the monks had relocated to Kelso, close to David’s new castle at Roxburgh across the River Tweed.

Those founding Tironensians have the distinction of being the first of the reformed Benedictine orders to settle anywhere in the British Isles. In their wake came the Cistercians, Cluniacs and others.

The Tironensians, founded by St Bernard of Tiron in 1109, were never Britain’s most popular monastic order, but David held them in high regard. The monks consequently became influential in Scottish religious life.

David also founded a Tironensian priory at Lesmahagow. His grandsons, King William ‘the Lion’ and Earl David of Huntingdon and the Garioch, established abbeys at Arbroath in 1178 and Lindores in 1191, respectively. King William’s constable Richard de Moreville founded the Tironensian Kilwinning Abbey in the 1180s.

In 1460 the young James III was crowned at Kelso Abbey, after the death of his father James II at the siege of nearby Roxburgh.

Like Jedburgh Abbey and Melrose Abbey, Kelso’s proximity to the English border left it vulnerable to attacks, particularly from the outset of the Wars of Independence in 1296.

By the 1500s it had suffered severely from repeated English invasions. A final attack in 1545 saw the buildings ‘all put to royen, howsses and towres and styples’. Everything was destroyed except for the fragment of the abbey church that survives today. It remained in use as the parish church until a new one was built nearby in 1771–3.

The abbey church is one of the most spectacular examples of Romanesque architecture in Scotland. In some respects it is superior to Ely Cathedral in Cambridgeshire, England, which has a similar west end.

The remains of the church include part of the nave, the western transept, half of the great west front and the Galilee porch at the west end.

The western tower, with its trio of lancets, was probably the model for a series of towers built from the late 1400s. Towers in this style can be seen at Glasgow Cathedral and Jedburgh Abbey.

The remains of the great western door reveal how richly embellished the abbey was. The external wall of the north-west transept also carries some fine details – particularly the raised lattice-patterned gable of the projecting pedimented porch.

Find out more about Kelso Abbey