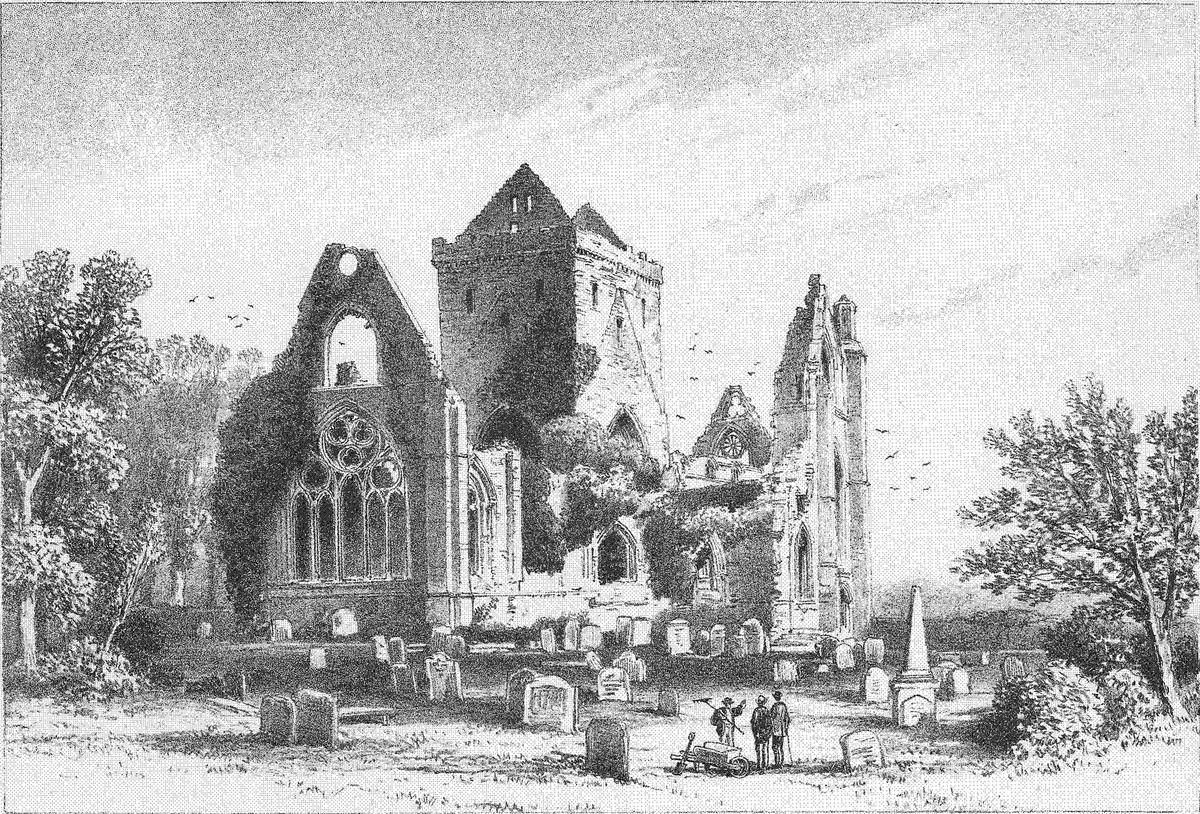 In 1268, Lord John Balliol died. His grieving widow, Lady Dervorguilla of Galloway, had his embalmed heart placed in an ivory casket. She is said to have carried it with her everywhere.

She undertook many charitable acts in her late husband’s memory. These included founding the Cistercian abbey of Dulce Cor (Latin for ‘Sweet Heart’) in 1273. When she too died in 1289, Dervorguilla was laid to rest in front of the abbey church’s high altar, clutching her husband’s heart to her bosom.

Sweetheart Abbey’s origin as a shrine to human and divine love is as appealing as its setting. The graceful ruin nestles between the grey bulk of Criffel and the shimmering waters of the Solway Firth. Its blood-red sandstone walls are vivid against the lush green grass.

Monks from Dundrennan Abbey established the new monastery – the last Cistercian house to be founded in Scotland. The Wars of Independence with England erupted while the builders were still working on the abbey church.

Edward I himself resided at the abbey in 1300, while campaigning in Galloway. Thirty years later, the bishop of Galloway bemoaned Sweetheart Abbey’s “outstanding and notorious poverty” as a result of the conflict with England.

Archibald the Grim, Lord of Galloway and 3rd Earl of Douglas, financed extensive repairs and rebuilding in the later 1300s. From then on, history offers few records of Sweetheart Abbey – until its demise following the Protestant Reformation of 1560.

The beautiful abbey church of St Mary the Virgin survives almost complete, despite the wars with England and other changes in fortune. It is a lasting tribute to the monastic ideal that was so important in the Middle Ages. (In contrast, the monks’ cloister is largely gone.)

The church was planned in the shape of a cross and divided into different areas:

A bell tower soars high above the central crossing. The church adheres to the Cistercian principles of austerity, but has fine flourishes.

Find out more about Sweetheart Abbey