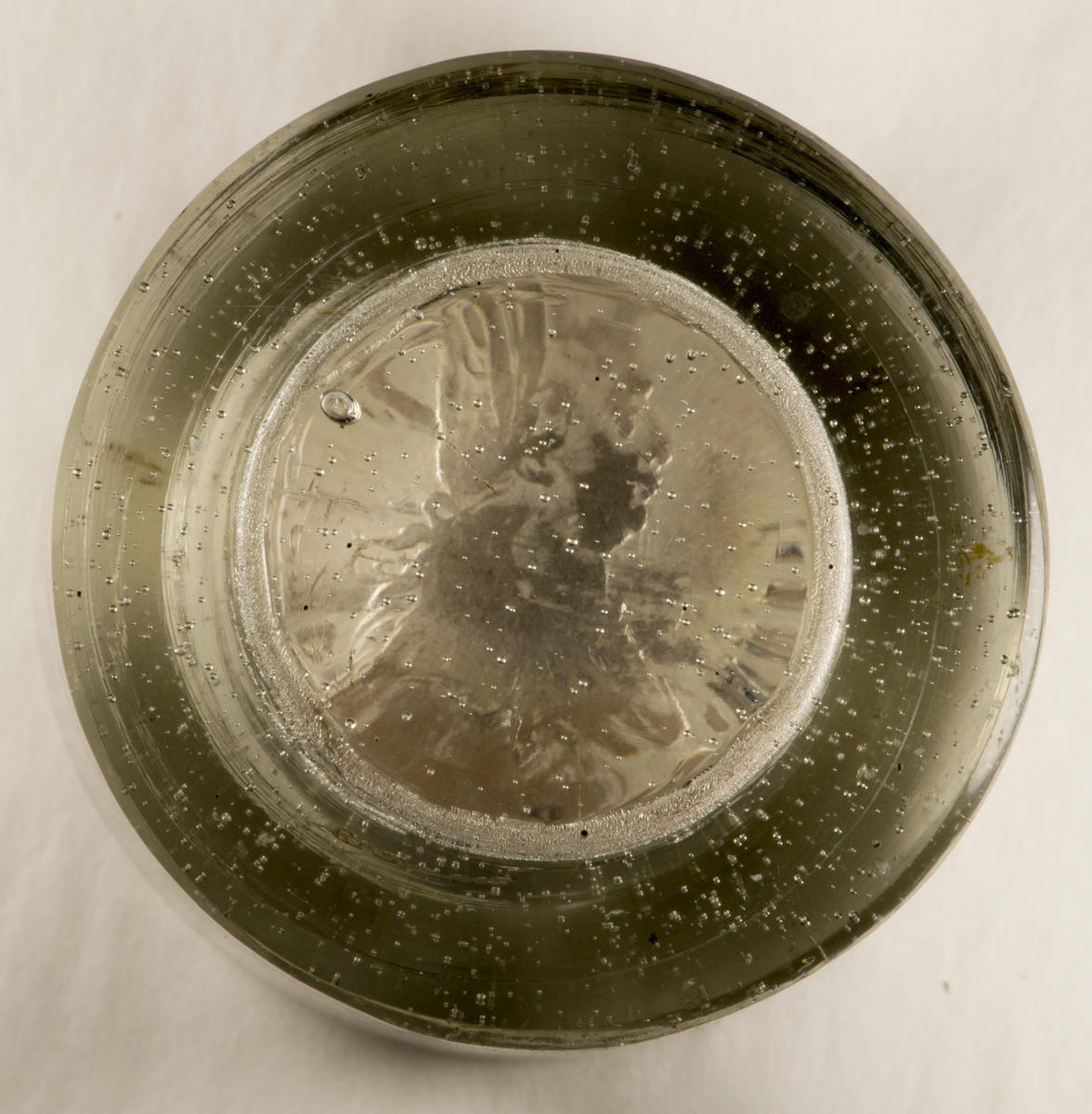 This Georgian coin is sealed within a plastered wooden casing with glass at the top and bottom.

On the obverse, the legend reads: ' GEORGIVS III DEI GRATIA. The Latin translates as: ' George by the Grace of God.' The reverse inscription quotes: ‘M.B.F.ET.H.REX.F.D.B.ET.L.D.S.R.I.A.T.ET.E, which stands for' King of Great Britain, France and Ireland, Defender of the Faith, Duke of Brunswick and Lüneburg, Arch-Treasurer and Elector of the Holy Roman Empire'.

This Georgian coin offers an example of pre- formation of the UK shilling. In fact, during the reign of George III, two completely different designs of shillings were issued: pre and post formation of the UK. The latter would have shown a laureate bust of the King on the obverse and the crowned UK coat of arms on the reverse.