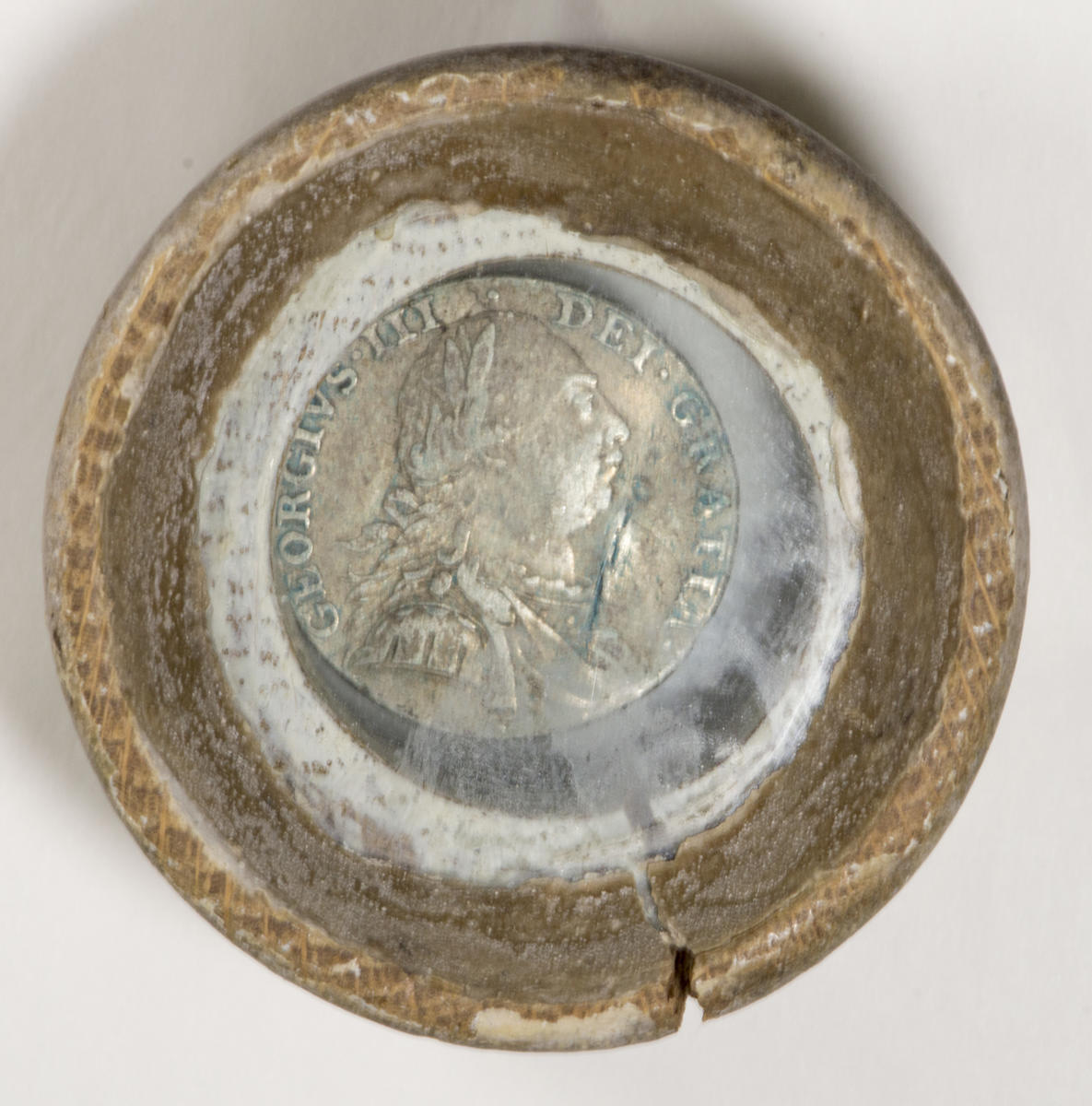 A paperweight that holds a shilling made in 1787, during the reign of George III (1760–1820). The Georgian coin is set in a plastered wooden case with a glass top and base.

George III is shown in armour, in the ‘laureate bust’ style – with laurel wreath upon the head. The legend here means: ‘George by the grace of God’. In Latin, it appears as: ‘GEORGIVS III DEI GRATIA’.

Shields with emblems of royal claims form the shape of a cross on the reverse. The top shield shows three lions, for England (left), and a single lion, for Scotland (right). The Hanoverian arms are on the left shield. Three fleurs-de-lis, for France, adorn the right shield. A harp, for Ireland, is on the lower shield. Crowns dot the diagonals between shields.

Lettering on the reverse stands for ‘King of Great Britain, France and Ireland, Defender of the Faith, Duke of Brunswick and Lüneburg, Arch-Treasurer and Elector of the Holy Roman Empire’. This is written: ‘M.B.F.ET.H.REX.F.D.B.ET.L.D.S.R.I.A.T.ET.E’.