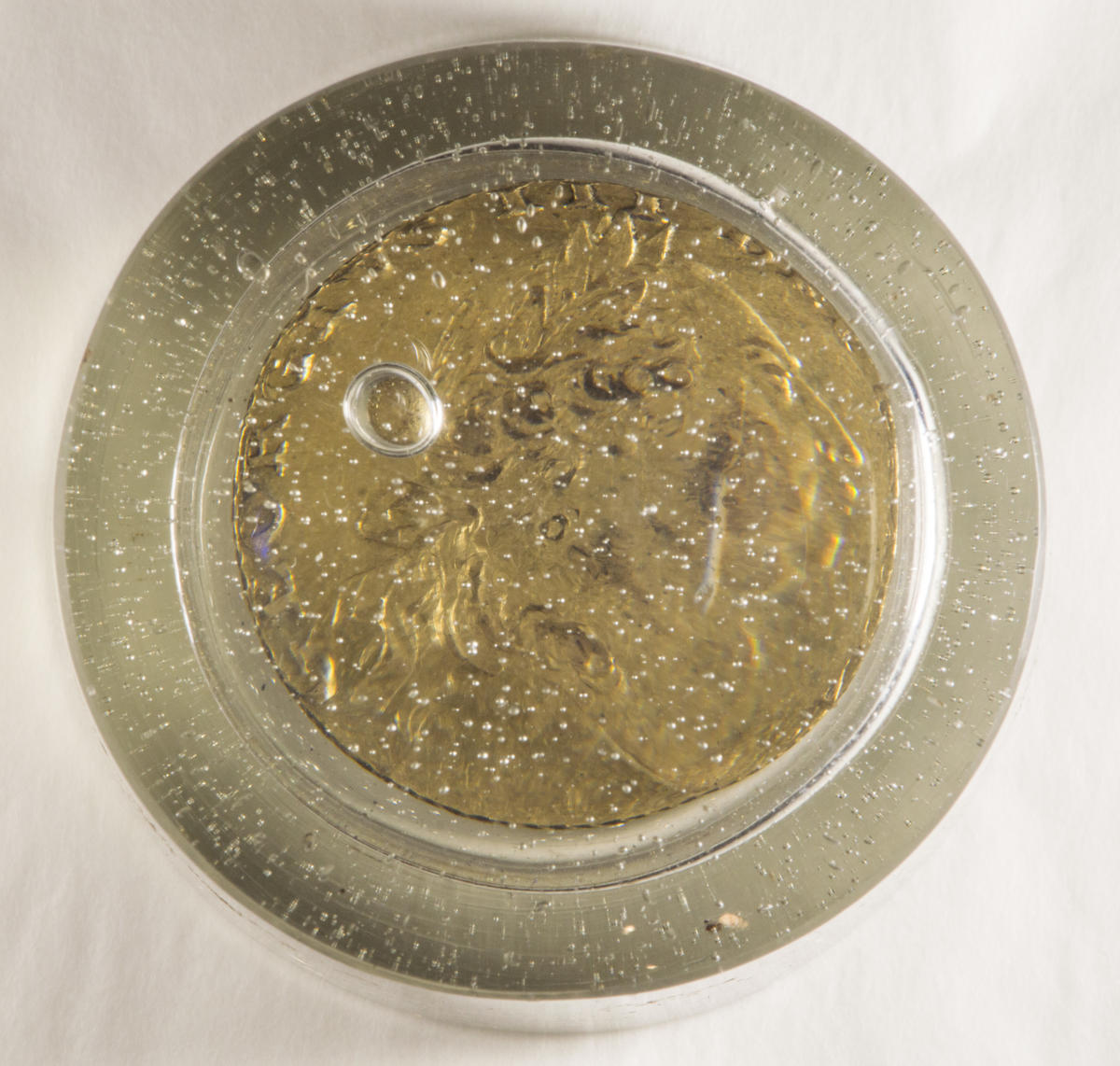 This Georgian coin is sealed within a glass paperweight which produces a magnifying effect.

The obverse bears the laureate bust of King George III. A crowned shield of arms is at design on the reverse.

The obverse inscription reads the Latin words: ' GEORGE III DEI GRATIA', which translate as: 'George III by the Grace of God King'. The reverse quotes: ' M.B.F.ET.H.REX.F.D.B.ET.L.D.S.R.I.A.T.ET.E', followed by the date, 1788. This inscription stands for 'King of Great Britain, France and Ireland, Defender of the Faith, Duke of Brunswick and Lüneburg, Arch-Treasurer and Elector of the Holy Roman Empire.'

One of a group of nine in HES collection, this gold coin takes its name after the region of West Africa where much of the gold for these coins originally came from. It should be noted that the gold guinea was originally minted during the reign of King Charles II, in 1633. This type of guinea was struck between 1787 and 1798 in 22 carat yellow gold. It offers an example of the most famous version of these coins, that is to say the 'spade' or 'spade ace', showing a spade shaped shield on their reverse instead of the garnished shield used in previous issues. During the reign of George III, guineas were issued from 1761 to 1813, however, in 1799 their minting was halted because the French Revolutionary Wars had drained gold reserves. The last guinea, also known as 'military guinea' as it was largely struck to pay for the expenses of war, was issued in 1813.