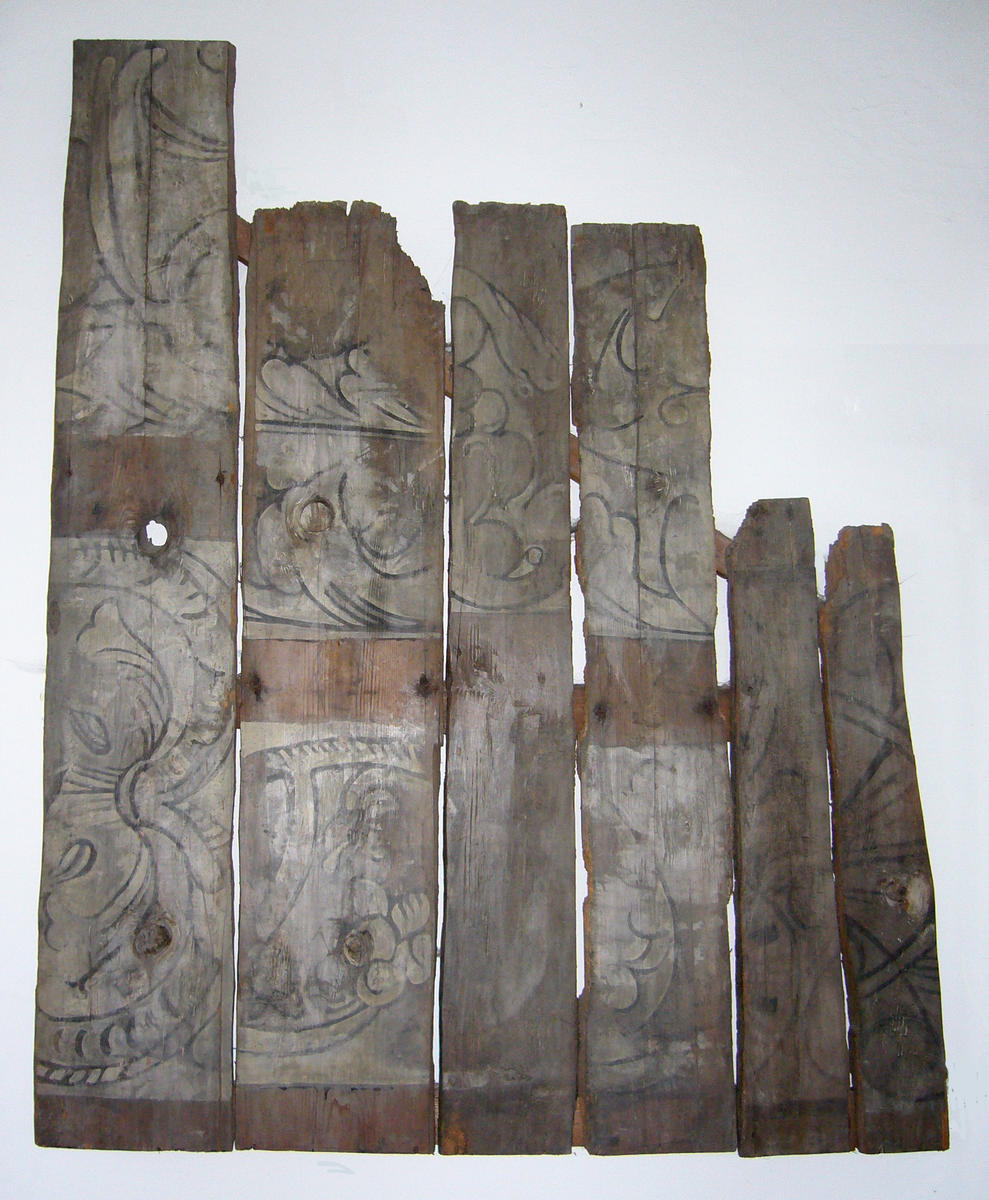 Painted ceiling timbers and wall plaster were discovered when the interior of Kinneil House was stripped in the 1930s. These once formed the richly decorated interiors fitted out by the Hamilton family in the late 1500s and early 1600s.

Kinneil House has a rich history, stretching from the Roman frontier through to the Industrial Revolution.

The place-name Kinneil means “head (or end) of the wall”. The line of the Antonine Wall, the northern frontier of the Roman Empire, runs practically underneath Kinneil House, and remains of a small Roman fortlet can be seen a short walk to the west of the house.

Kinneil is first mentioned in 731 AD by the Venerable Bede, making it one of the earliest settlements in Scotland to be mentioned by name in written sources.

The remains of Kinneil Church are close to the house, indicating this was also a religious site of some importance in early medieval times.

The Kinneil Cross, kept in Kinneil House, features a large stone carving of Christ on the Cross. A unique artefact in Scotland, it’s most similar to the large stone crucifixes found in the South of England around the 1100s -1200s.

Kinneil and the Hamiltons

The Hamilton family acquired the lands of Kinneil in 1323. The Hamiltons were an extremely powerful aristocratic family, and their new seat at Kinneil reflected their status.

In 1543, James Hamilton, 2nd earl of Arran, became regent of Scotland, and set about upgrading Kinneil. He began the construction of a ‘lodging’ block, now the north wing, in 1553. It had two suites of three rooms, following the patterns of royal residences at Stirling Castle and Linlithgow Palace. Some rare painted decoration survives from this time.

After Mary Queen of Scots’ flight into exile in 1570, Kinneil came under attack by the Earl of Morton and is said to have been destroyed. Most of the damage seems to be located in the main tower, however: the lodging block was left largely unscathed.

In the late 1670s, Anne, Duchess of Hamilton, and her husband began transforming Kinneil into a grand symmetrical house as a residence for her son, the earl of Arran. Construction took 20 years, and included:

The remains of the engineer James Watt’s workshop can still be seen behind Kinneil House today. Watt occupied the workshop from 1769 to 1773. Here, he developed his prototype steam engine which incorporated his revolutionary ‘separate condenser’ first patented in 1769.

A cylinder from an early steam engine of the type Watt invented can be seen next to the workshop. It probably came from an engine at a nearby coal pit and is not thought to be Watt’s original experimental engine, which was on a smaller scale.

Find out more about Kinneil House