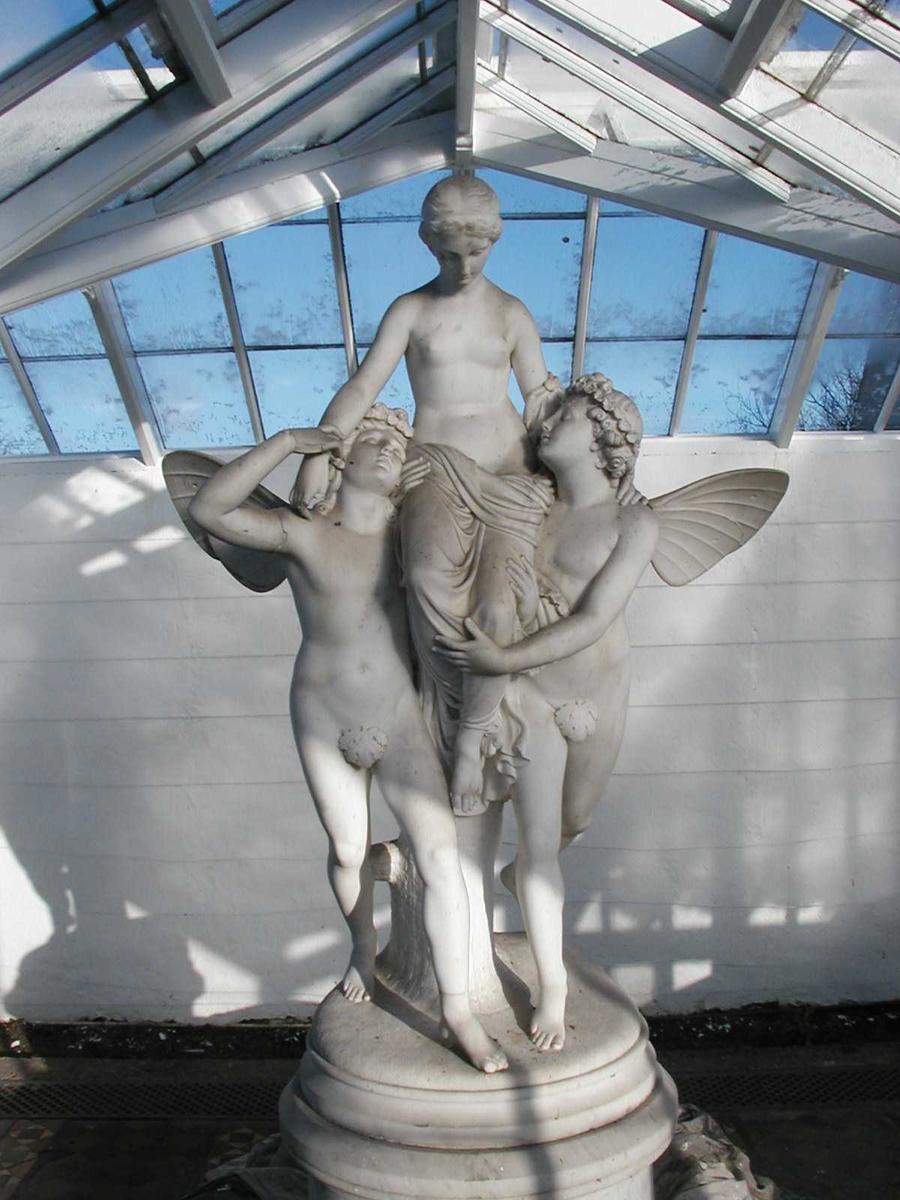 Made of marble, this statue of 'Psyche borne by winged Zephyrs' was by the British sculptor, John Gibson (b1790 d.1866) once stood in the lobby of Abbey Hotel, Melrose, prior to c.1950. On display in Melrose Abbey gardens, Melrose, Scottish Borders.