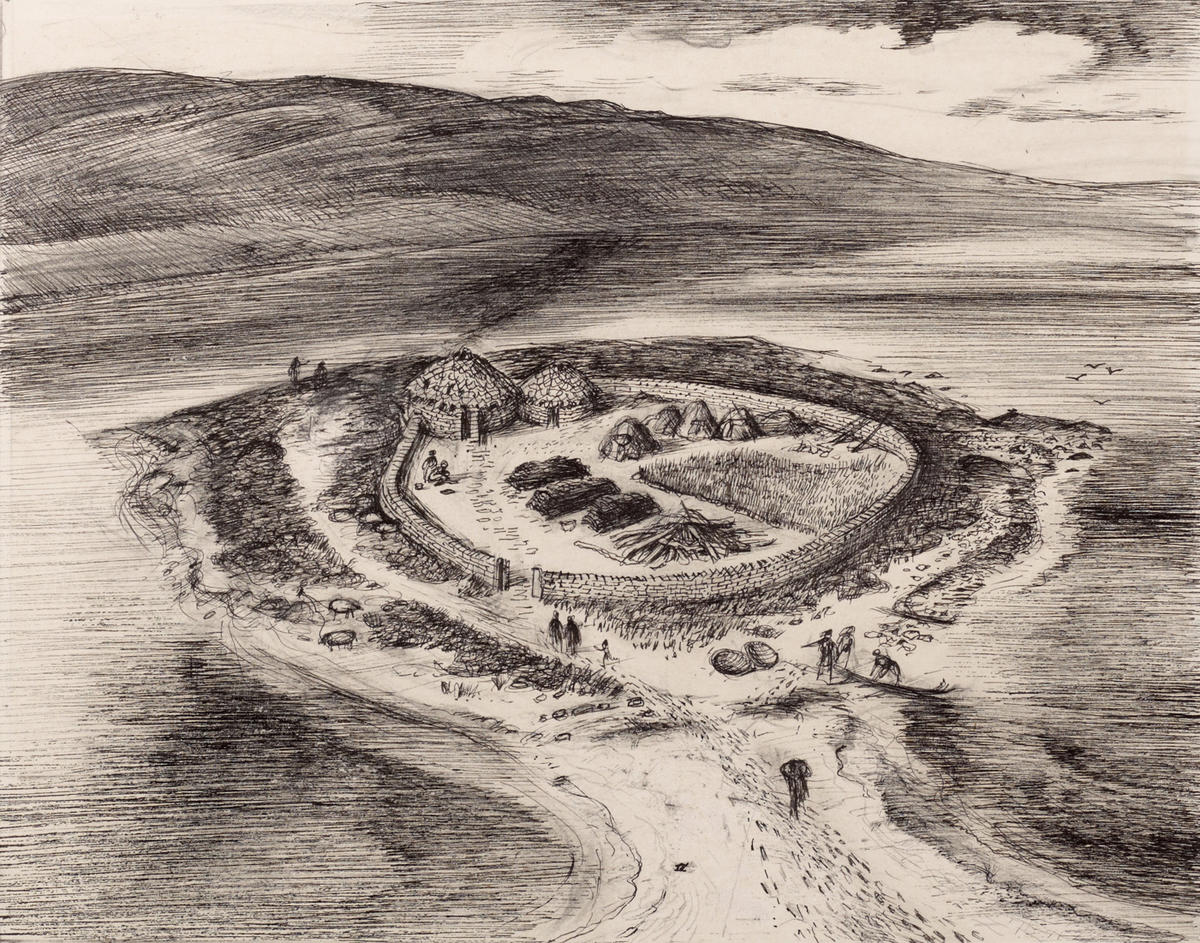 Monochrome pen and ink reconstruction drawing of Clickimin Broch, Shetland, by Alan Sorrell (b1904 d.1974). This archaeological reconstruction was one of a series of drawings showing the development of the site from the Bronze Age (around 1000 BC), shown in this picture, to the late Iron Age (around 500 AD). They were commissioned by Ministry of Works for use in guidebooks and site interpretation.