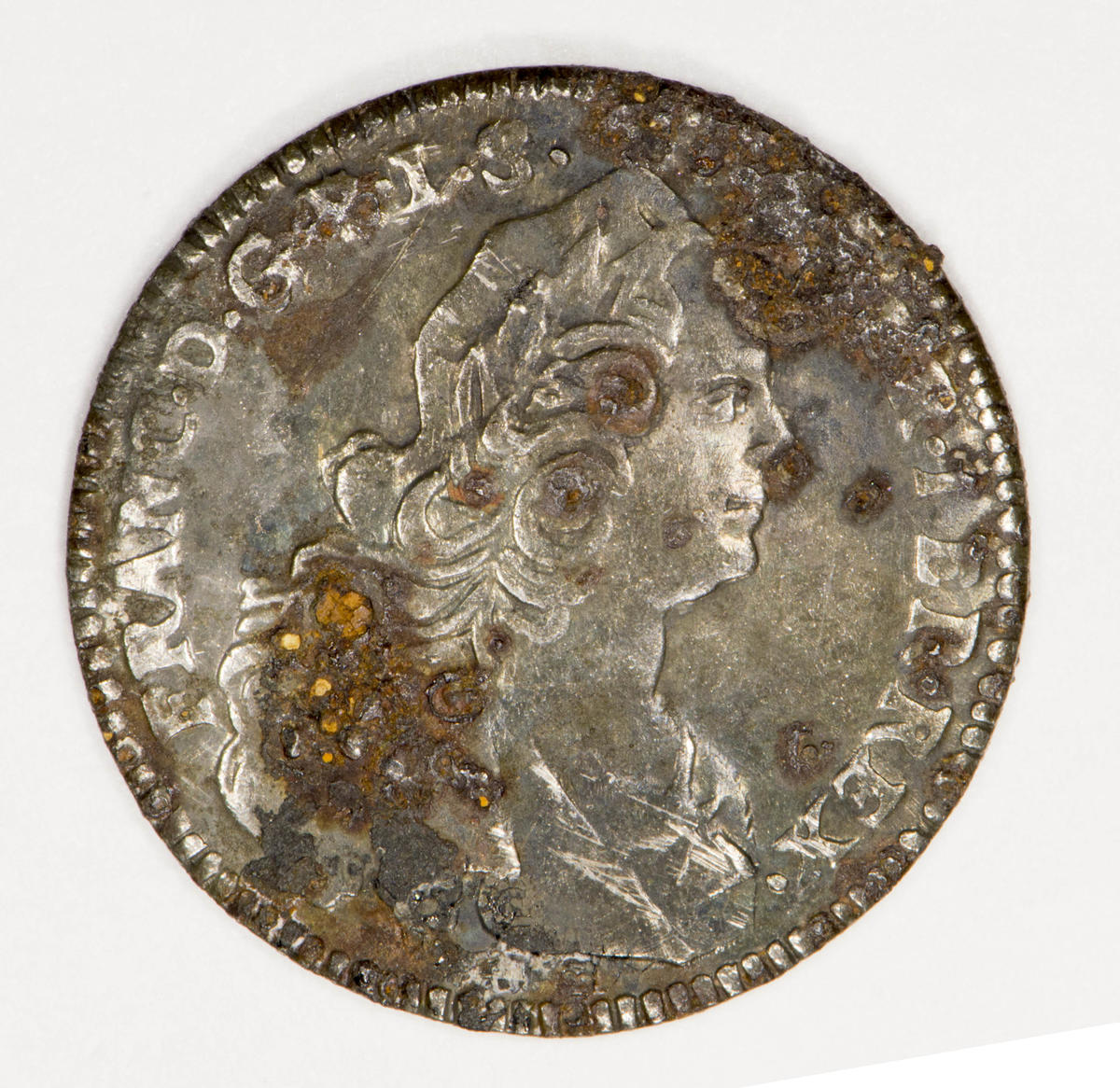 Found in a garden at Melrose in 1991, this silver coin offers an example of coinage issued during the reign of Emperor Franz II.

This translates as: Francis II, by the grace of God, Roman Emperor, always August, King of Germany, Hungary and Bohemia, Archduke of Austria.

A crowned imperial double-headed eagle, with the value, 3, on breast is on the reverse. The date, 1800, is divided at design.

Franz II of Habsburg was last Emperor of the Holy Empire before its end in 1806. Then, he became Franz I Emperor of Austria until 1835.