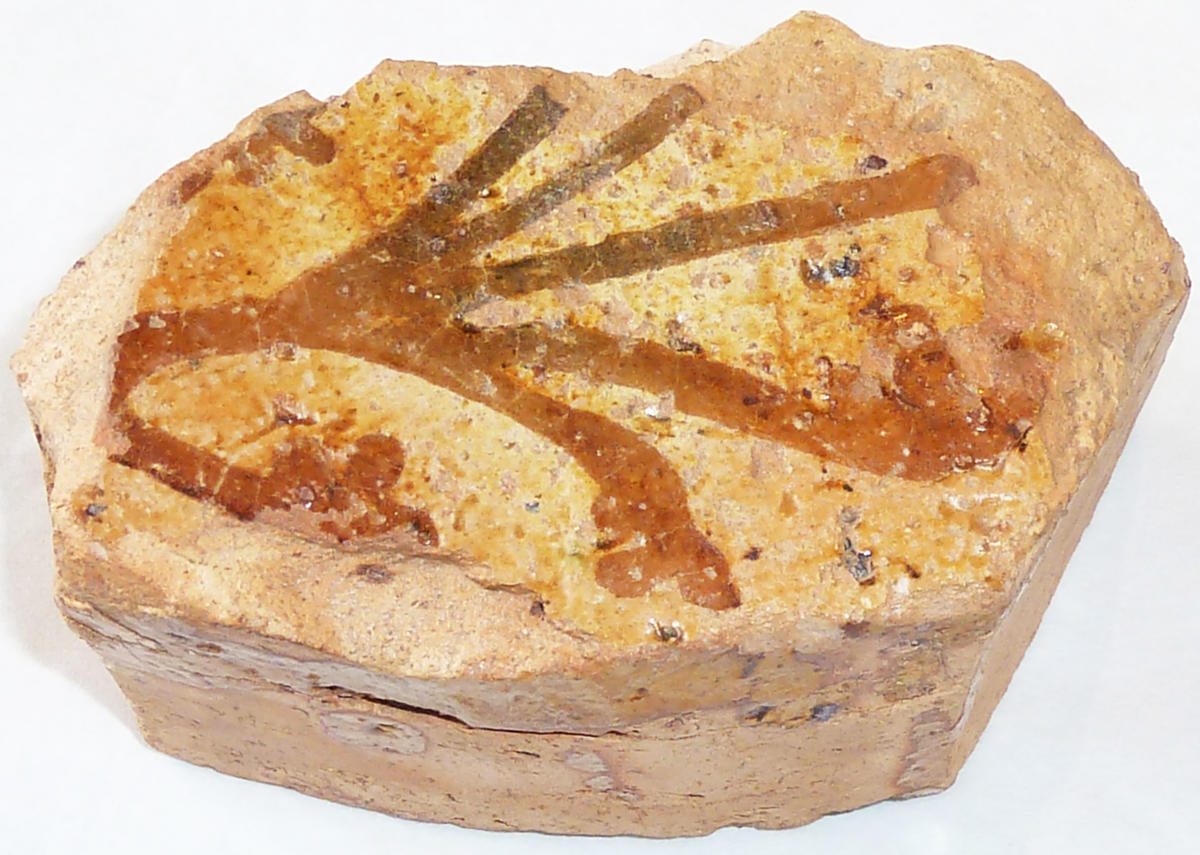 One of over 3,000 medieval tiles from the floor of Melrose Abbey in the Scottish Borders. The floors of Cistercian monasteries, like Melrose Abbey, were often laid with decorated tiles, making them some of the most important consumers of these tiles in Medieval Britain. There is evidence for the manufacture and use of glazed tiles at the Cistercian convent at North Berwick and in many other sites around Scotland, including the abbeys at Melrose, Newbattle and Glenluce.

Floor tiles were made by carving a pattern on a block of wood and then impressing it carefully into the tile whilst the clay was still wet. The impression was then filled with a different coloured material called ‘slip’ and once dried was covered with glaze and fired in a kiln. This petal shaped mosaic tile with thick white slip decoration, painted with red slip under clear lead glaze, is now on display in the Commendator's House Museum, Melrose Abbey.