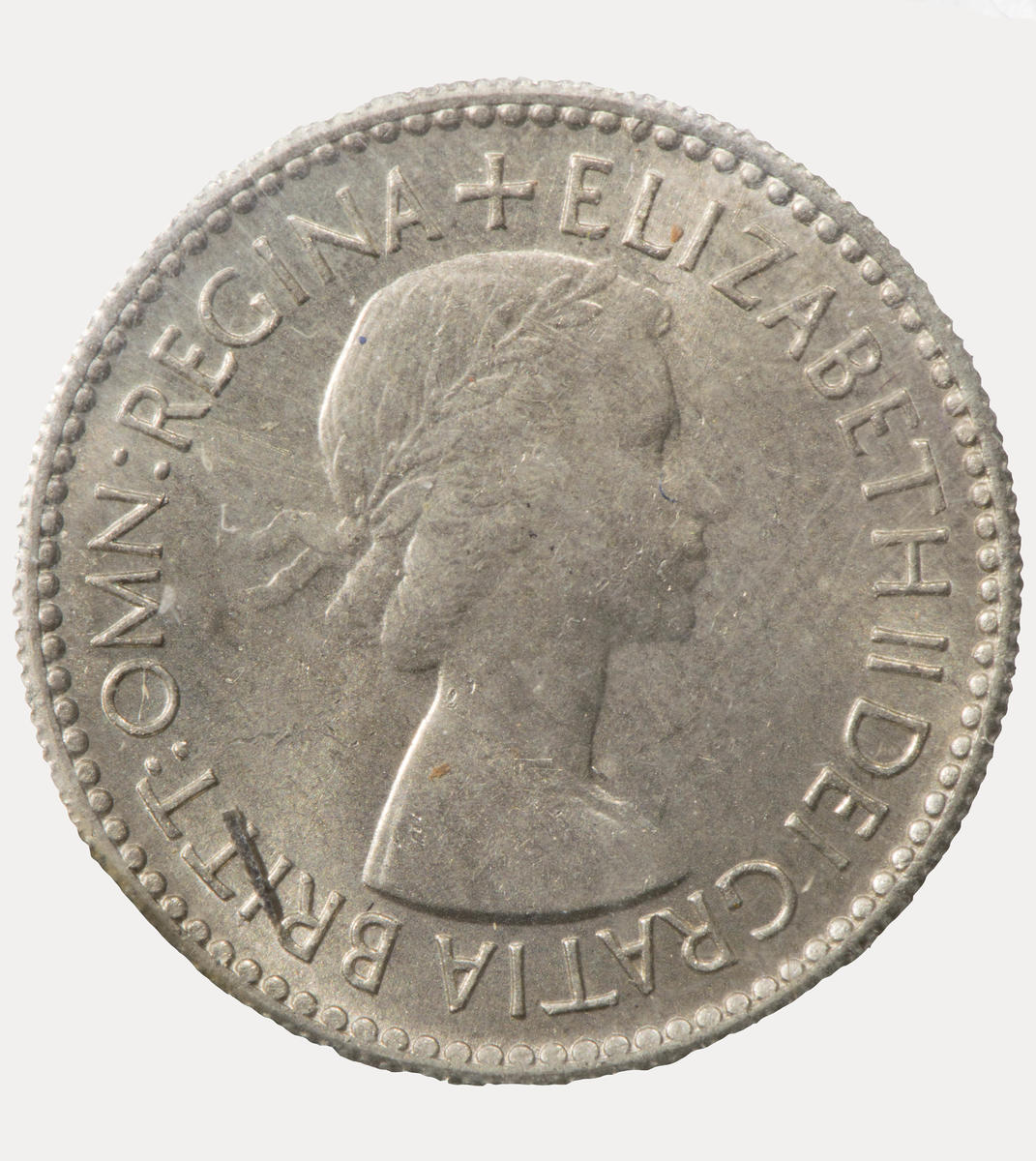 The sixpence is iconic in British culture, forming the basis of many traditions. This example was issued in 1953, the coronation year of Elizabeth II (1952–).

On the heads side is a bust of Queen Elizabeth II, facing right. The style is known as a ‘laureate head’, as a laurel wreath crowns the figure. The legend translates as ‘Elizabeth II, by the grace of God, Queen of all the Britains’. This is written: ‘ELIZABETH II DEI GRA BRITT OMN REGINA’.

Roses, thistles, shamrocks and leeks form the shape of a cross on the reverse. The motto ‘Defender of the Faith’ is indicated by the letters: ‘FID DEF’. The coin’s value and date of issue are also shown: ‘SIX PENCE 1953’.

One tradition is to mix a sixpence into the Christmas pudding. It is said to bring wealth for the next year to the person who finds it. A bride’s father might place a sixpence in his daughter’s shoe as a good luck gesture – to bring prosperity, love and happiness in her marriage.

In the Second World War, RAF aircrew would sew a sixpence behind their flying badge or ‘wings’ for protection.

This sixpence is part of a collector’s set of pre-decimal coins issued in 1953.