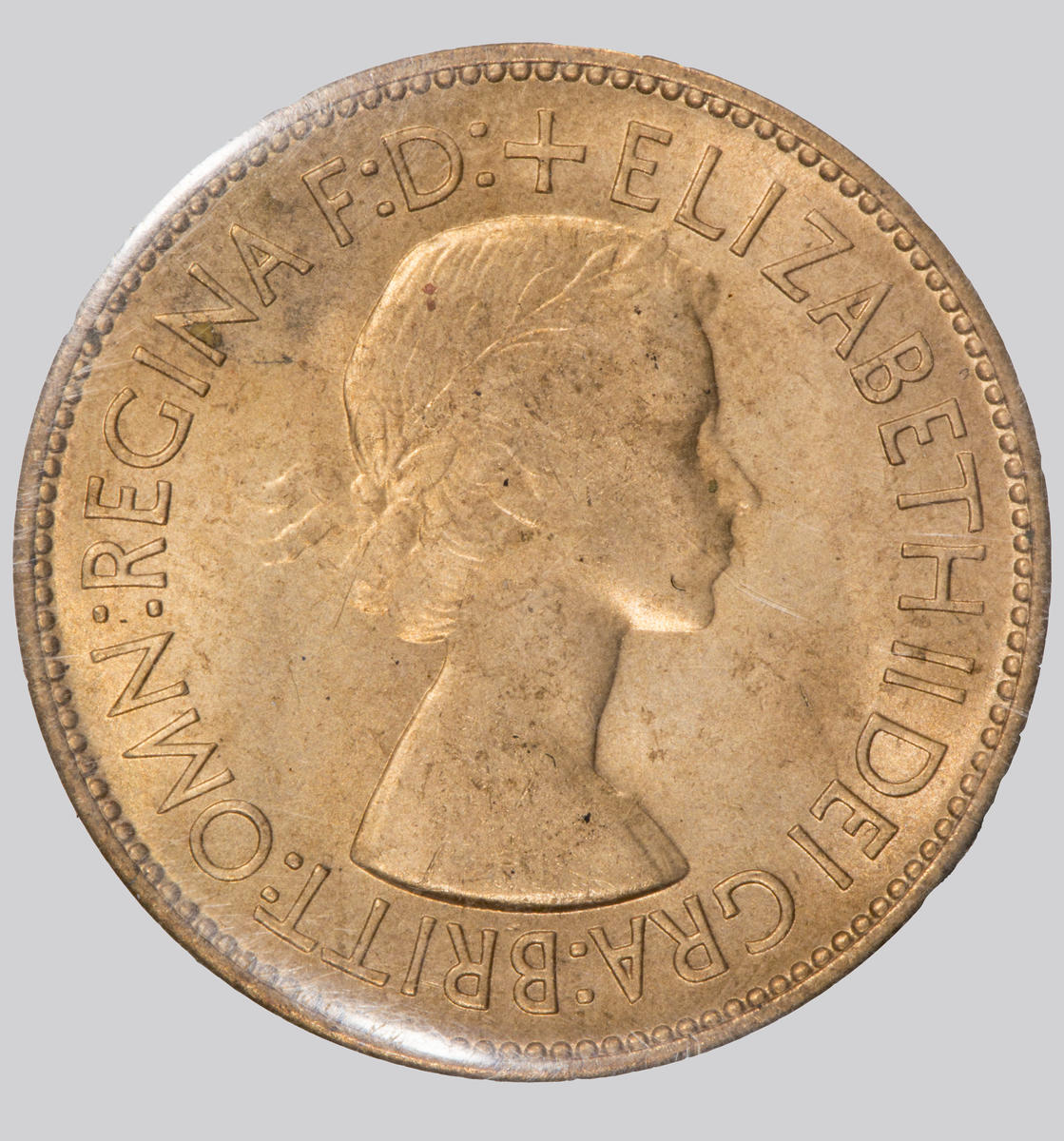 A pre-decimal penny made in 1953, the coronation year of Elizabeth II (1952–). The coin shows Queen Elizabeth II facing right, in the so-called ‘laureate head’ style – with a laurel wreath crown.

The legend means ‘Elizabeth II, by the grace of God, Queen of all the Britains, Defender of the Faith’. This appears as: ‘ELIZABETH II DEI GRA BRITT OMN REGINA F D’.

Britannia is seated on the reverse, facing right. She wears a helmet and holds a trident, and a shield to her left bears the Union flag. A lighthouse is in the background. The coin’s value and date of issue are also shown: ‘ONE PENNY, 1953’.

New coinage was issued in advance of ‘Decimal Day’, 15 February 1971. In the old currency of pounds, shillings and pence, the pound was made up of 240 pence. A shilling was worth 12 pence, and there were 20 shillings in the pound. With the new system, the pound was divided into 100 new pence.

This old penny is from a collector’s set of pre-decimal coins issued in 1953.