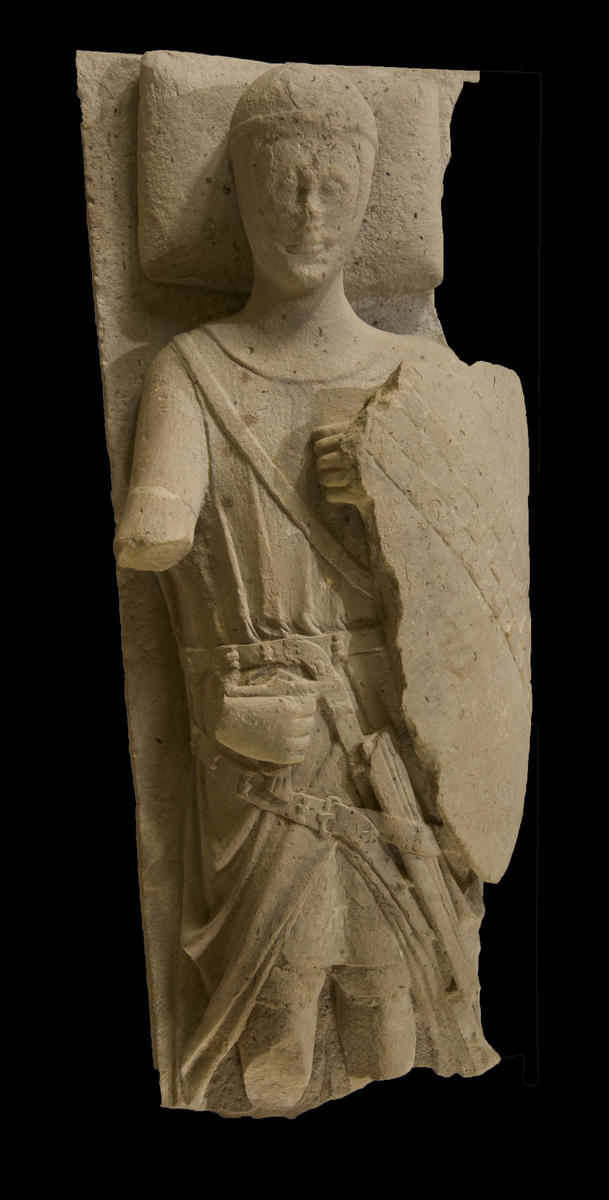 Part effigy of an early 14th century knight, with the arms of Stewart on his shield, from Inchmahome Priory, Stirlingshire. Possibly commemorates Sir John Menteith, a descendant of the first Stewart Earls of Menteith. Broken off below knees. Hilt of sword and right forearm lost.