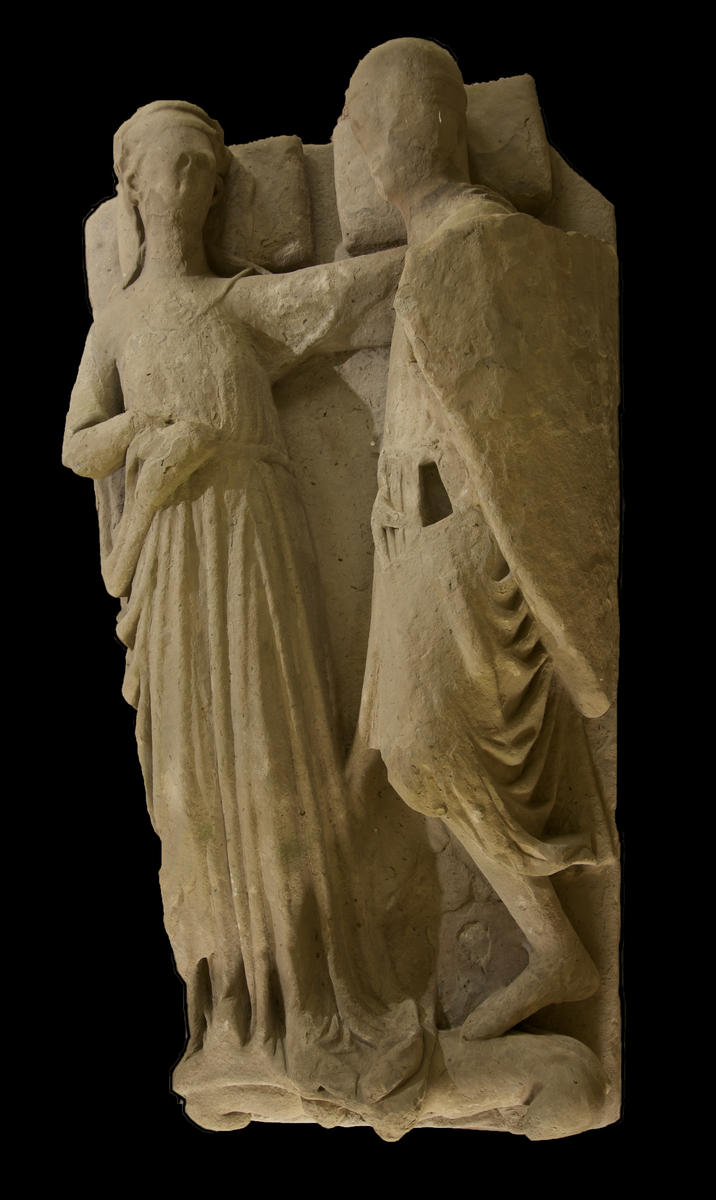 The couple shown in a last embrace in this double effigy are thought to be Walter Stewart, 1st Earl of Menteith, and his wife Mary – who was Countess of Menteith in her own right. The earl died in 1295, not many years after his wife. Their feet rest on two animals, perhaps a lion and a dog.