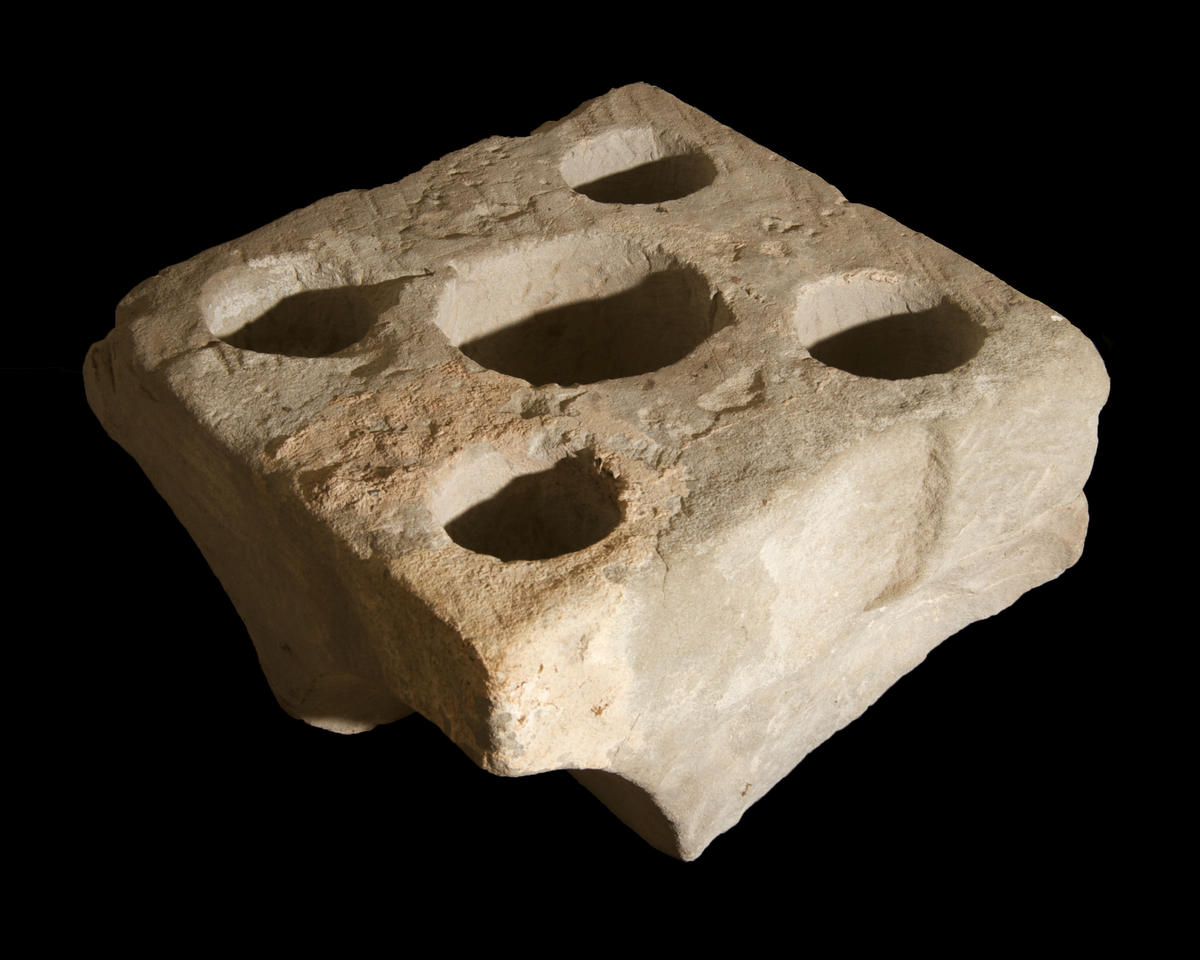 Inchmahome Priory would once have been bathed in a soft glow by lamps such as this one. This stone cresset oil lamp with five hollows was likely used to light the cloisters, dormitory or night stairs in the priory. The hollows would have been filled with fat and a series of wicks placed in each of them. The wicks were then lit to provide a slow-burning light.