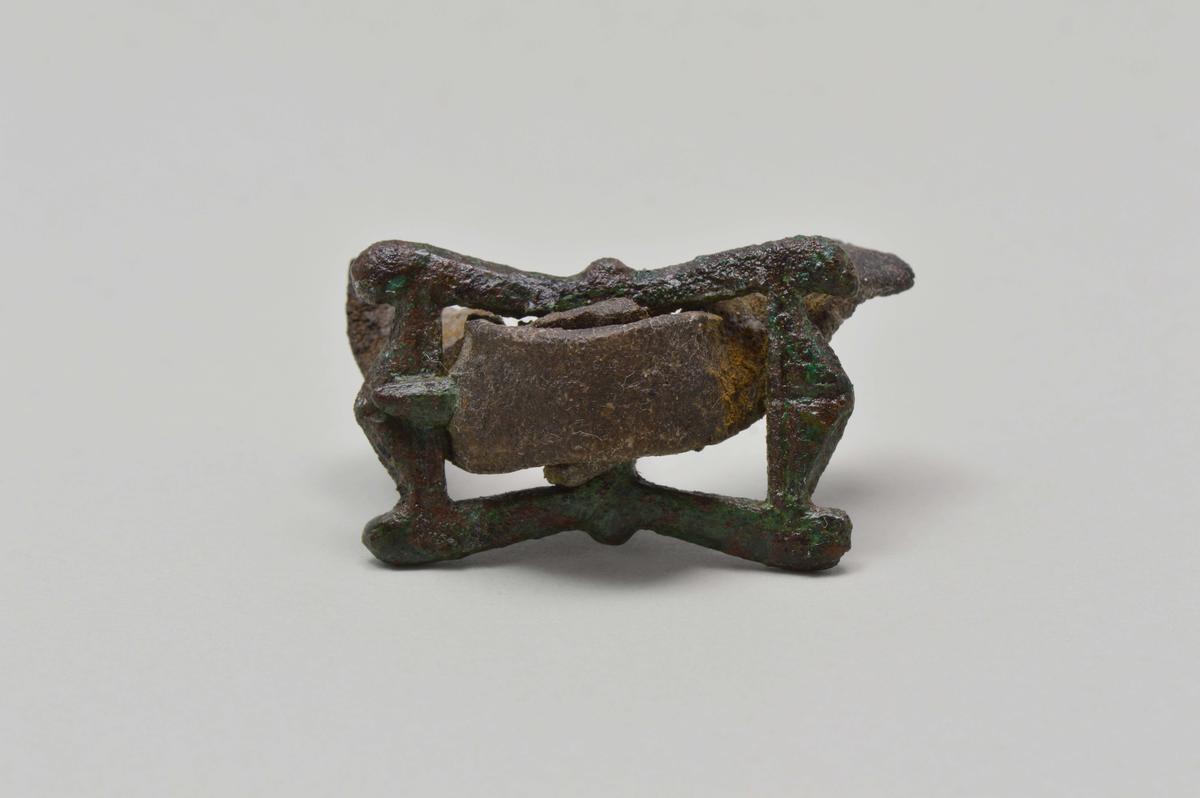 This buckle from the late 1600s is one of three on display at Smailholm Tower. A fragment from a leather belt is still attached to it.

Several buckles and buttons were discovered during excavations at Smailholm. They are the only items of clothing to have survived from this site.