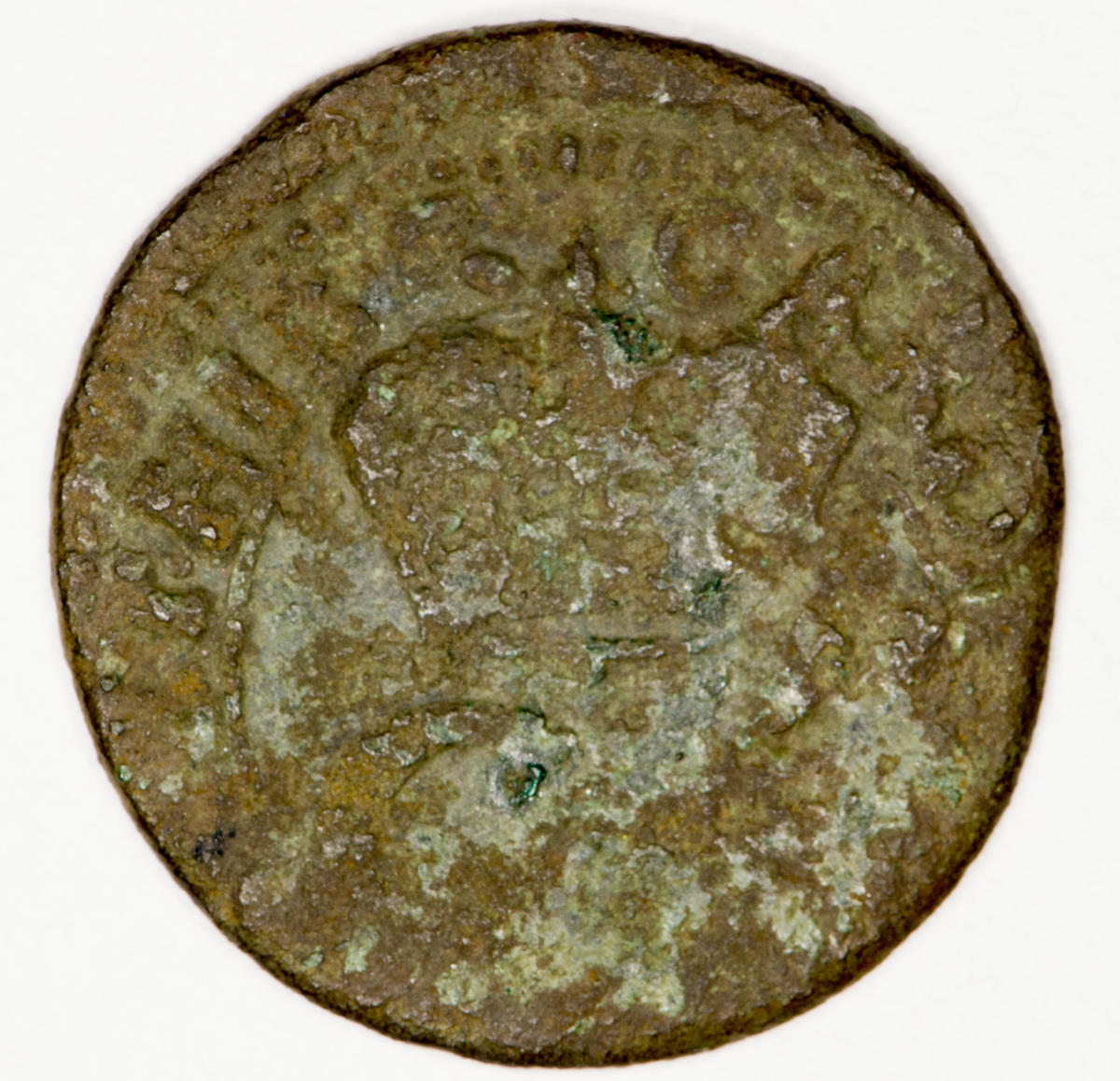 Worth two pence Scot, this coin offers an example of copper coinage milled during the reign of Charles II.

On the obverse, the design bears a crown over a crossed sword and sceptre. A thistle is at the centre of the reverse.

The Latin inscription is at legend on both sides, on the obverse it reads: CAR.D.G.SCO. ANG. FR. ET. HIB. REX, which translates as 'Charles by the grace of God King of Scotland, England, France and Ireland'. The legend on the reverse quotes NEMO ME IMPVNE LACESSET, which means 'no one shall hurt me with impunity'.

Charles was proclaimed King of Scots shortly after his father's execution in 1649, and was crowned at Scone on 1st January 1651. No coins were struck until his restoration to the English throne in 1660, and no gold coins appeared in Scotland during his reign at all.

Dunfermline Abbey has a special place in the nation’s heart. Laid to rest here are some of Scotland’s great kings and queens – including Robert the Bruce. The abbey’s great nave is also the most visually stunning example of Romanesque architecture in Scotland.

Dunfermline’s story stretches back to the 11th century – the time of Malcolm III and his queen, Margaret. Their son, David I, raised the status of the little priory to abbey in the 12th century. He endowed it richly, and brought stonemasons from Durham Cathedral to build it.

The abbey church is famous as the mausoleum of:

Late on in its history, the abbey guesthouse range became a royal palace, along with some additional buildings. The ill-fated Charles I was born here in 1600.

From priory to abbey

In 1070, Margaret founded a priory in Dunfermline on the site where she had married Malcolm III. She introduced a small community of Benedictine monks from Canterbury, and so laid the foundations of the first Benedictine house in Scotland.

David I made the priory an abbey in 1128. He had a new church built on a grand scale, of which the magnificent nave survives. The Romanesque pillars are similar to those of Durham Cathedral, and it’s likely that the same masons carved them.

In 1250, St Margaret’s remains were moved to an elaborate shrine at the east end of the church. A 19th-century parish church (Abbey Church) now stands on the site of the choir and presbytery. This is the location of the tomb of Robert I and the other royals buried here. It is home to an active Church of Scotland congregation.

For opening times of the Abbey Church (not in the care of HES) please visit dunfermlineabbey.co.uk.

The Bruce at Dunfermline

After Edward I badly damaged Dunfermline Abbey in 1303, Robert I financed its rebuilding. It was a move that showed confidence in the affluence and self-reliance of his kingdom following the Wars of Independence with England.

The most impressive of the new buildings was the monks’ refectory, a soaring structure with an elaborate façade, which took full advantage of the sloping site.

Robert I was interred before the high altar in 1329. His heart was taken on crusade before eventually being buried at Melrose Abbey.

The Reformed Church at Dunfermline

After the Protestant Reformation in 1560, the:

The state assumed responsibility for the care of the nave after the new parish church was built on the site of the choir between 1818 and 1821.

Medieval abbeys typically had several grades of accommodation, and it’s likely that the guesthouse was a royal residence right from the start.

After the Reformation, a new palace was created out of the guesthouse and the west range of the abbey. Dunfermline Palace became the personal residence of James VI’s queen, Anna of Denmark.

The future Charles I was born here in 1600, the last monarch to be born in Scotland. Royal interest in Dunfermline waned when James and Anna left for London in 1603, and the palace fell into disrepair.

Find out more about Dunfermline Abbey and Palace