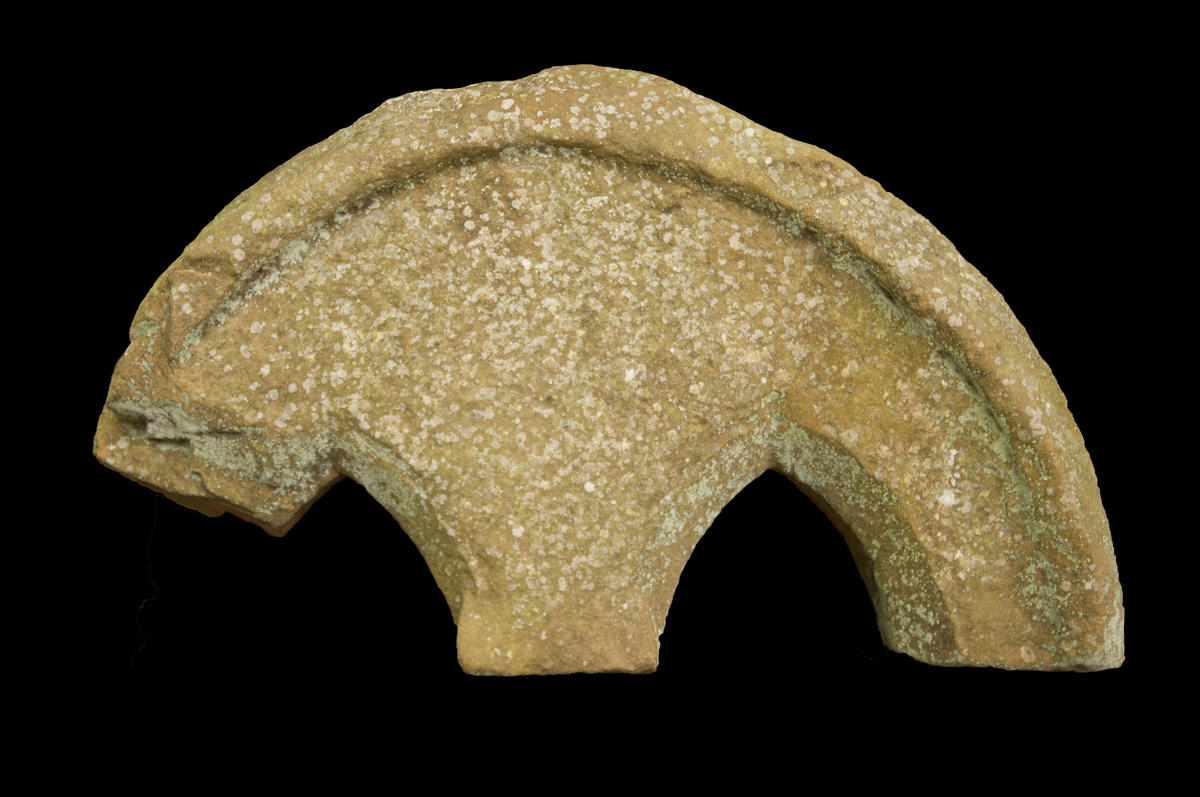 This window arch probably formed the head of a two light window in the Medieval upper hall at Aberdour Castle. This part of the castle, one of the oldest masonry castles in Scotland, was partly demolished when the building was heightened into a tower house in the 1400s. This double light lancet closely matches those found at Inchcolm Abbey. These date to around 1200.