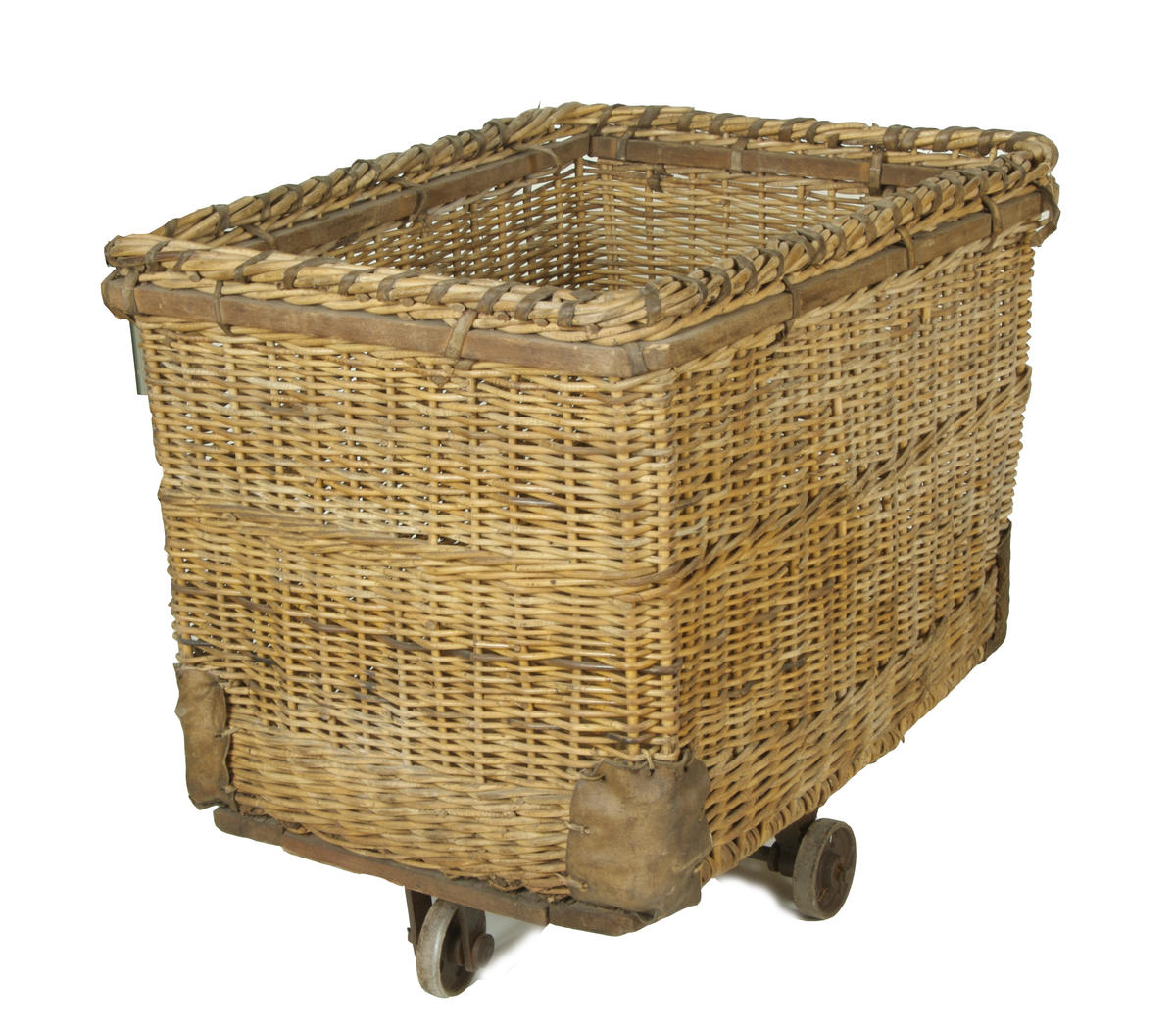 Wicker baskets like this one were used to transport cotton made at Stanley Mills in the mid-20th century. Known in the mills as a ‘linn binn’, the cart has four wheels – two in the centre and one each front and back.

Former employee Kate Gairns told us she was pushed down Mill Brae by her colleagues in one of these carts before getting married. It’s unlikely she was the only person to take such a ride.

The wheels are made of cast iron. The wheel bearings are mounted on five wooden boards bolted directly to the base of the wicker basket.