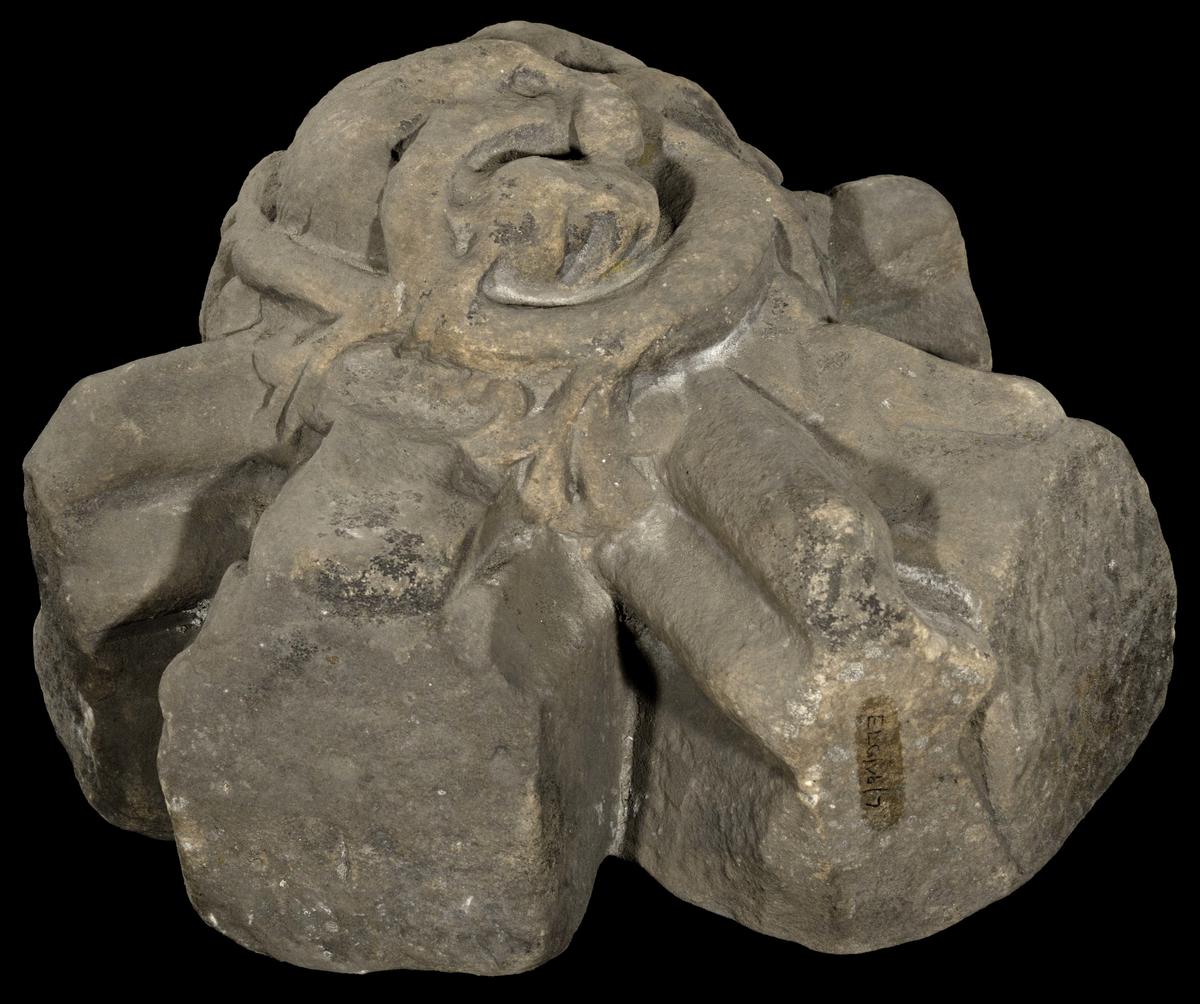 This large stone was a vault boss. It sa at the intersection of at least five vault ribs. The boss is carved with a spiral vine of stiff leaf, but it is very eroded.