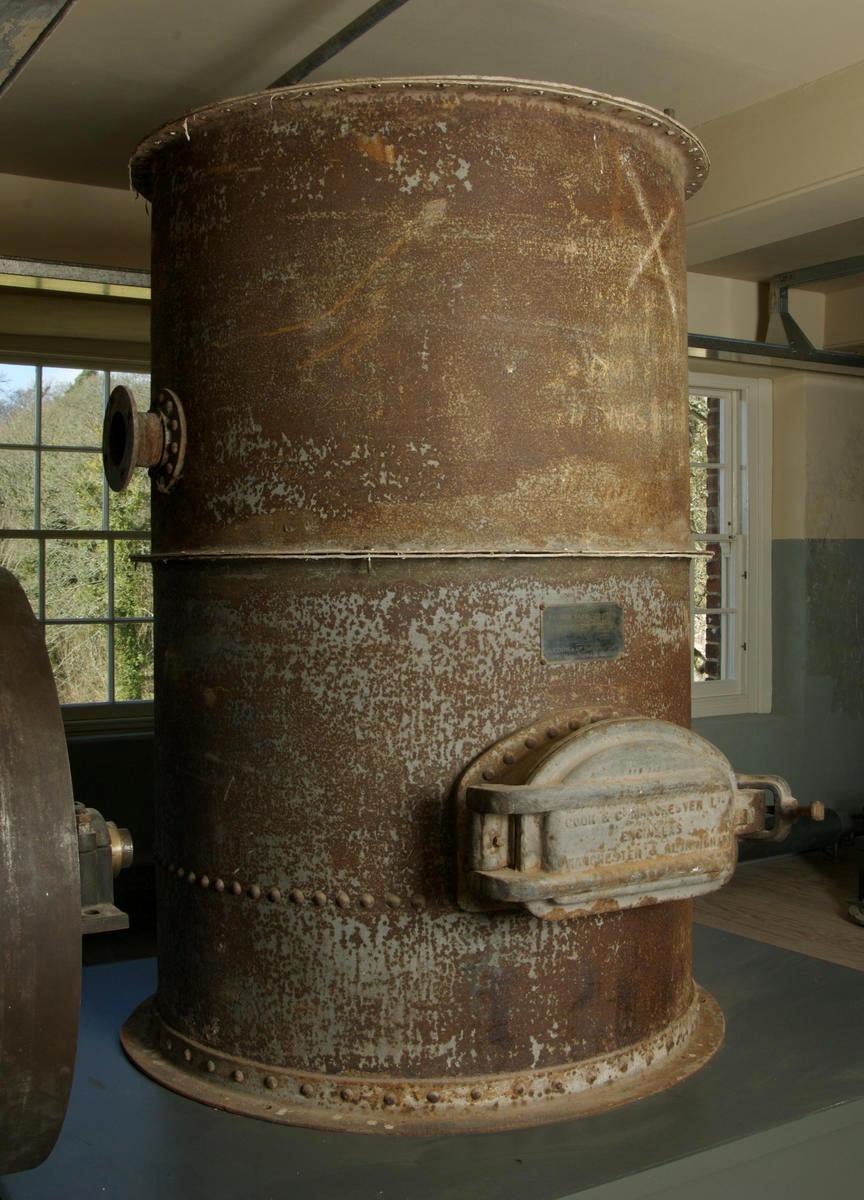 Vacuum card stripper from Stanley Mills. This object acted as a giant vacuum cleaner to extract loose fibres during the carding process. These fibres were drawn through pipes from the carding machines on the first floor of the Mid Mill to the card stripper that was located in an outbuilding formerly on the south side of the mill.

Stanley Mills is situated on the River Tay in the village of Stanley, Perthshire. It produced textiles for 200 years between the 1780s and 1980s.