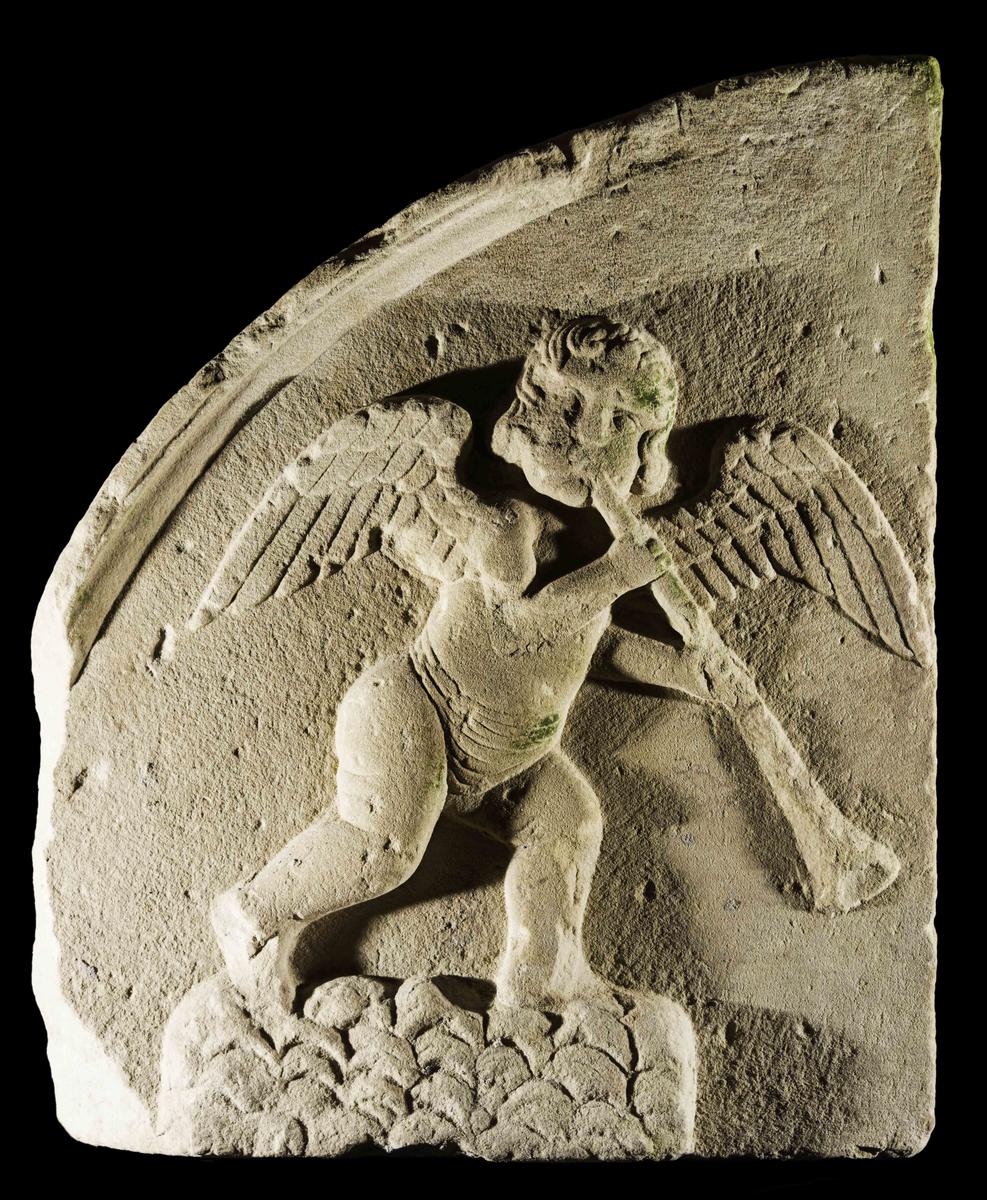 Upper section of a funeral monument

Upper section of a funeral monument

This slab comes from the left hand side of a funeral monument. It is carved with a putto with wings outstretched blowing a trumpet and standing on a cloud. From late 1600s to 1700s. From Fortrose Cathedral, Scottish Highlands.