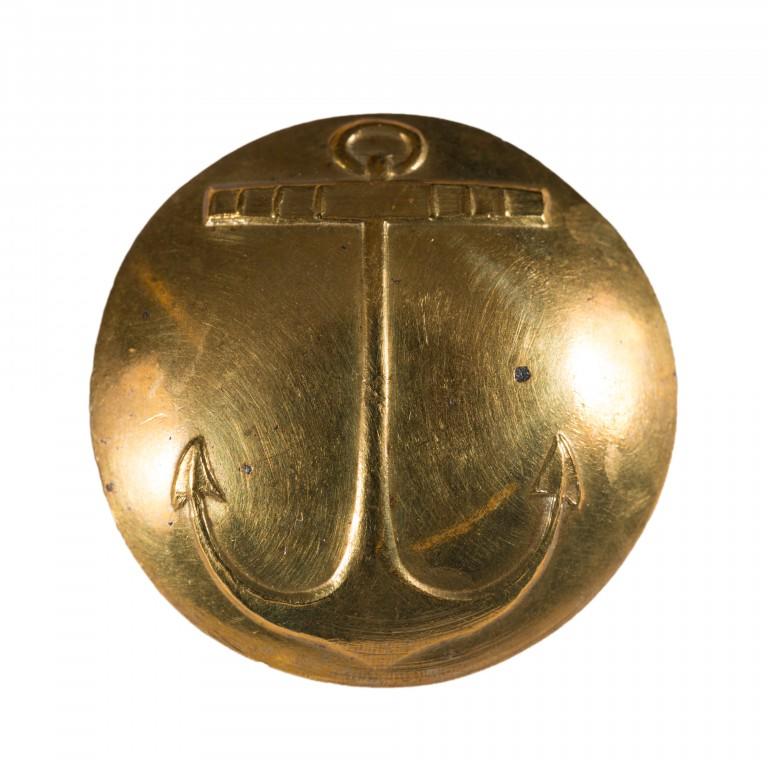 Dating from the mid-1800s, this button would once have been attached to the uniform of a Russian soldier, and was seized by the British during the siege of Sevastopol. Made from copper alloy this button has an anchor design on it to symbolise the Russian Naval Forces.

The Siege of Sevastopol lasted a year from 1854-55 and was the final episode of battle during the Crimean War. The city of Sevastopol was the home of the Tsar's Black Sea Fleet, which at the time were a huge threat to the Mediterranean. The Allies spent a year fighting and although the city was defended heroically and at the cost of heavy Allied casualties, the fall of Sevastopol would lead to the Russian defeat in the Crimean War. One of a group of ten uniform buttons.