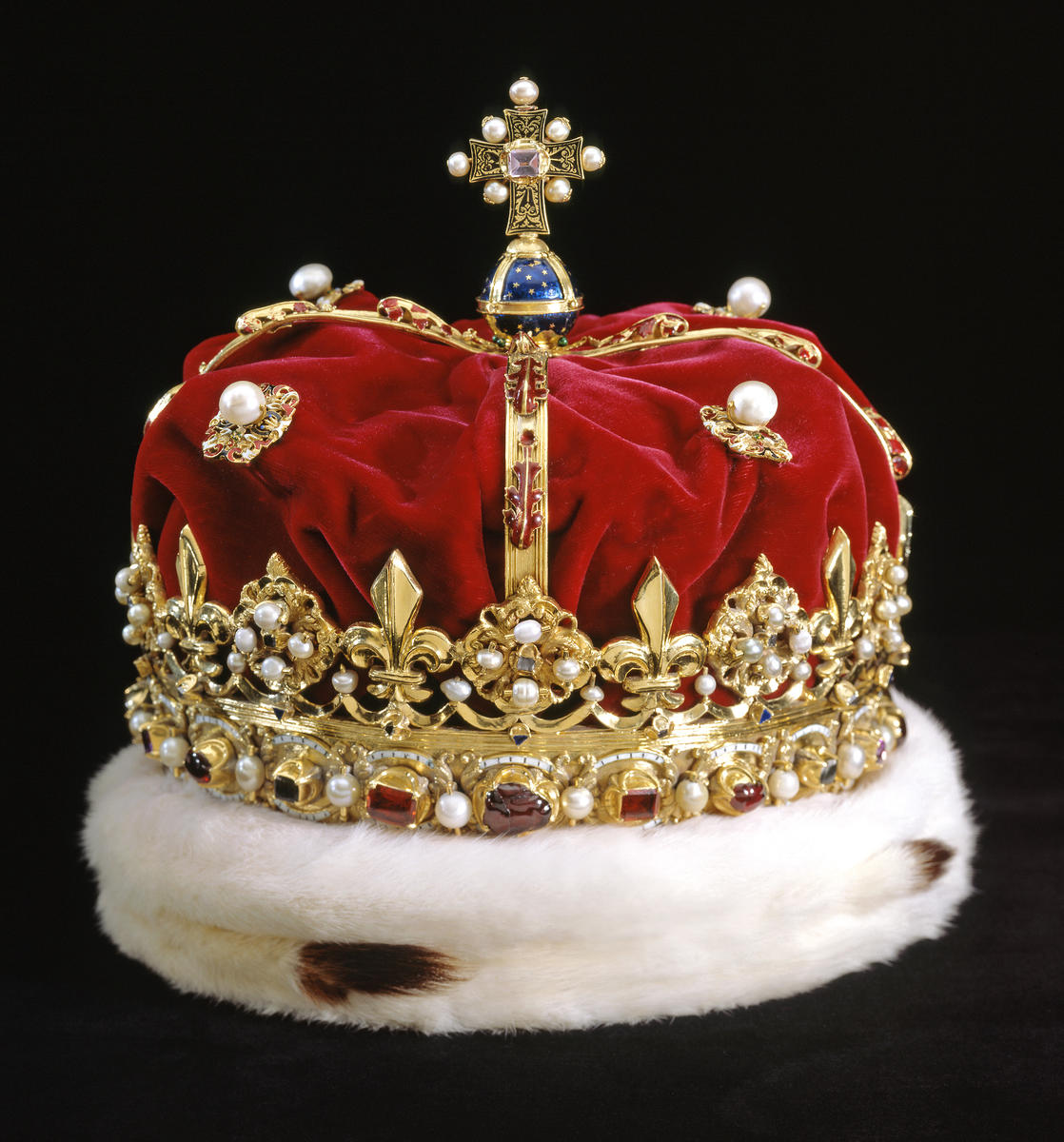 The Crown of Scotland

The Crown of Scotland

James V had the crown made in 1540 from the earlier Scottish crown, which was by then very damaged. Edinburgh goldsmith John Mosman remodelled the crown, adding 41 ounces of gold (mined from Upper Clydesdale) to the circlet. This was used to make fleurs-de-lis and crosses fleur, laden with 69 pearls and 43 gemstones. Diamonds, garnets, amethysts and other precious stones all feature.

Four arches from the old crown were also added. These feature oak leaves made of gold and red enamel. An ornate gold and dark blue enamel orb with small stars sits on top. A gold cross, mounted on top of the orb, is studded with a large amethyst and eight pearls. On the back of the cross is the mark “IR5”, meaning ‘Jacobus Rex V’. It’s thought that the orb is the work of a French craftsman, bought by James V in Paris in 1537.

James V first wore the refashioned crown – which weighs 1.59kg – at the coronation of Mary of Guise in 1540. Mary Queen of Scots was the first to be crowned using the new crown and sceptre together, in 1543. It has since been used at many of the major royal ceremonial events over the past five centuries.

But the Honours of Scotland have also had a turbulent time. They were removed from Edinburgh Castle and hidden from 1651 to 1660 to keep them from Oliver Cromwell’s army. In 1707, following the Act of Union between England and Scotland, they were locked in a chest and sealed away. It was only in 1818 that Sir Walter Scott, the famous novelist, rediscovered the Honours.

The Crown of Scotland is on loan from the Commissioners for the Keeping of the Regalia.