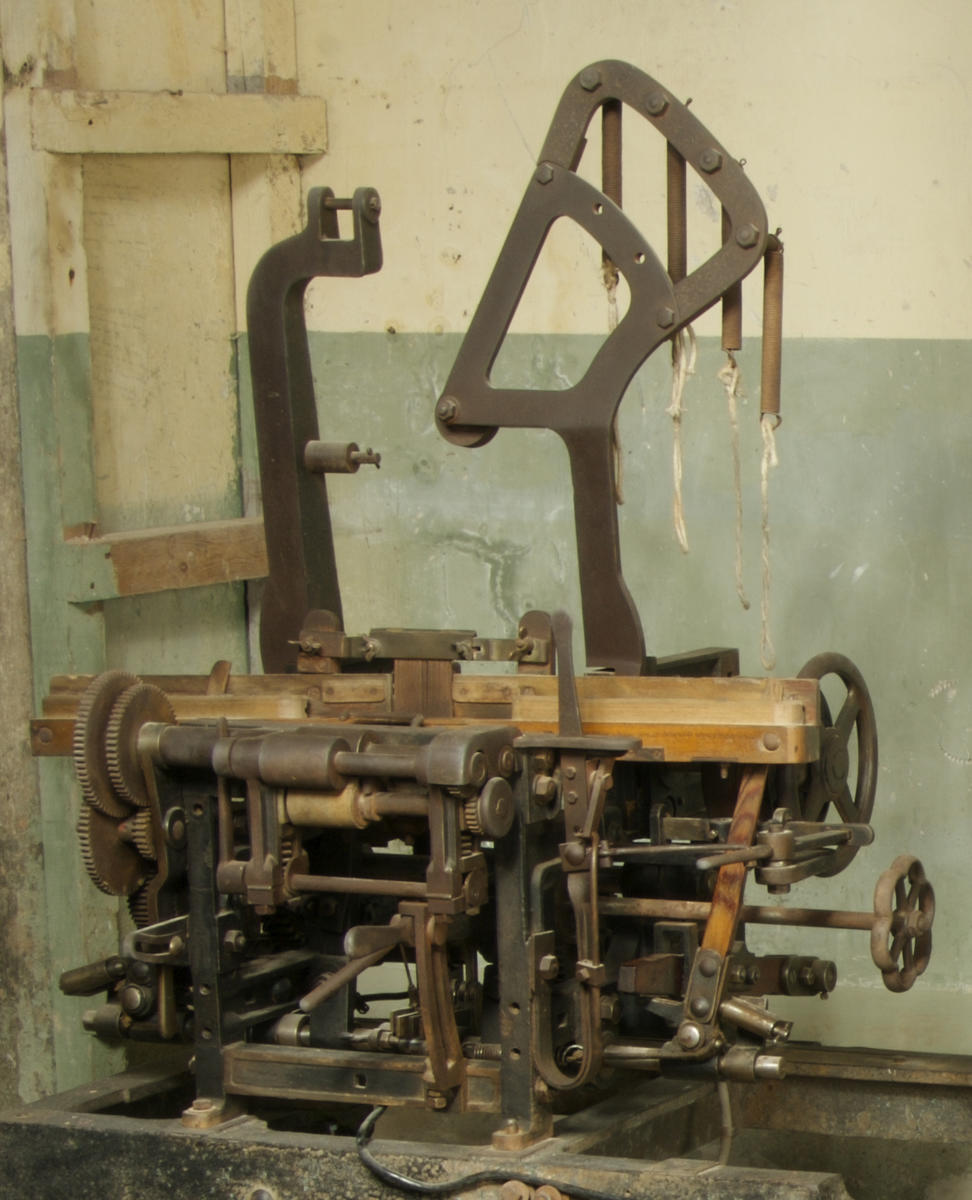 Narrow cotton tapes were made on looms like this at Stanley Mills from the 1930s to 1976. This special product was used in the tobacco industry to carry cigarettes down the assembly line.

So highly profitable was the product that the Tape Weaving Department was hidden away from view. The team of women worked behind blocked-up windows to keep the production methods secret.

This example is one of 28 similar, but not identical, looms. It is on display at Stanley Mills.