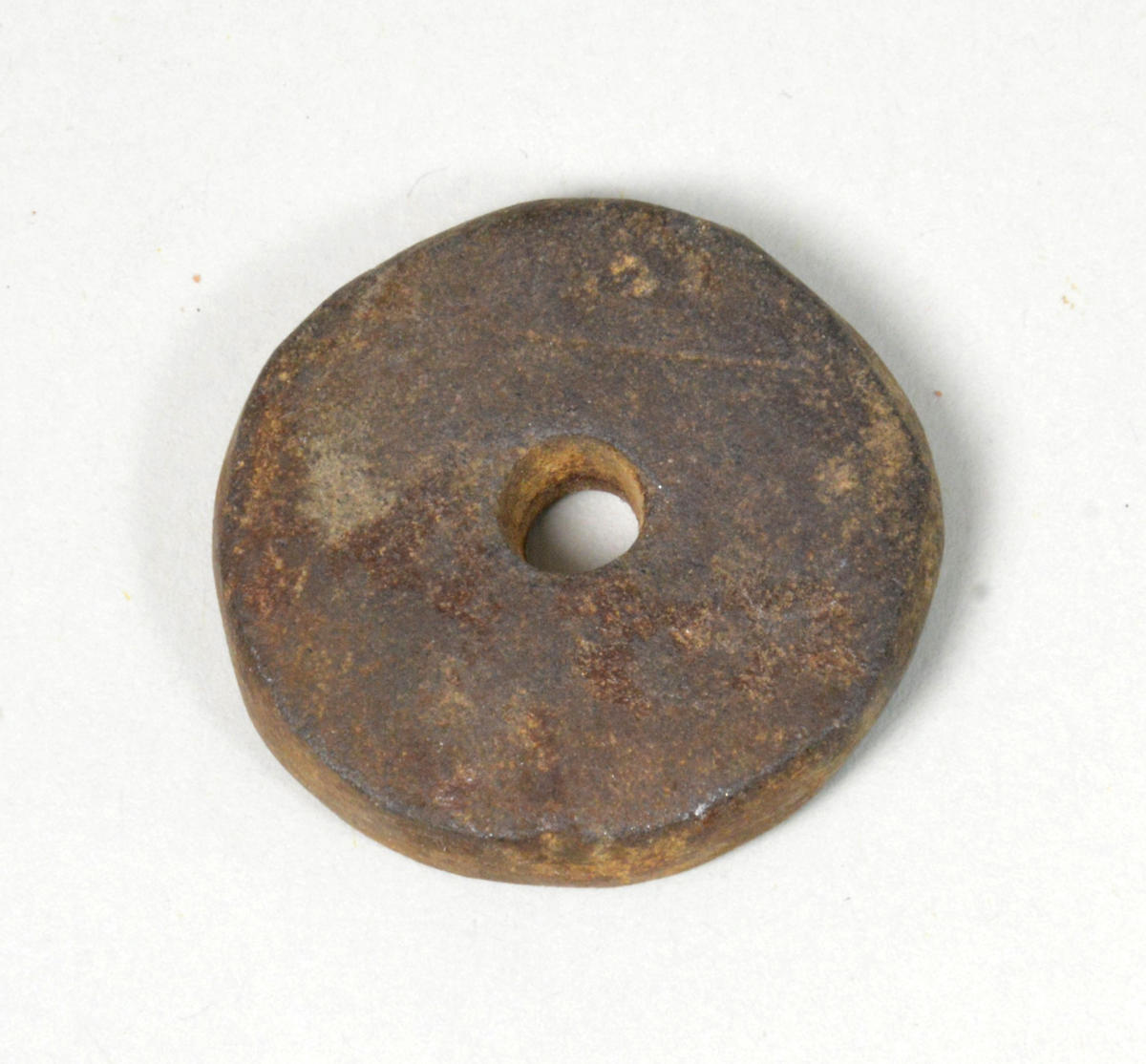 This perforated stone disc was possibly a spindle whorl for spinning yarn. It was recovered during excavations at Caerlaverock Castle, Dumfries and Galloway, between 1955 and 1966.

The whorl was likely used at the castle by the women who lived and worked there. They turned wool or flax into yarn by spinning them together using a drop spindle. The spindle whorl was a flat, disc-shaped weight which provided the momentum to twist the yarn. The yarn could then be woven or knitted into cloth.