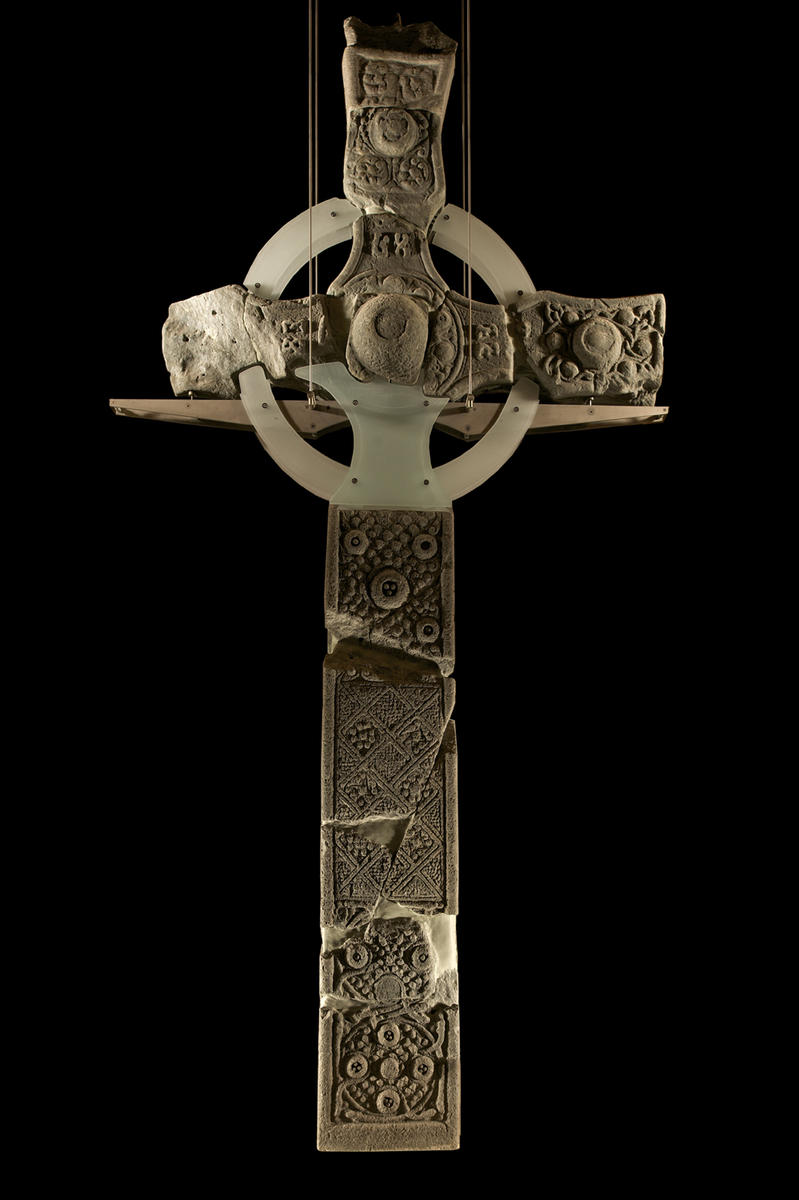 St John’s Cross was once the finest of all the crosses on Iona. It is still striking today, though it survives only as fragments put back together, on display in the Iona Abbey Museum. The cross was dedicated to John the Evangelist, a saint much admired by the early Church. It once stood outside Iona Abbey marking a special place for prayer and pilgrimage. A replica put up in the 1970s now stands on the spot.

Complex and ornate, the cross head has eight interlocking parts. The ring to support the arms of the cross may have emerged as an elegant repair solution after it had had a fall. This type of cross is likely to have been created on Iona in the 700s and later used in Ireland. The shaft has a deeply carved snake and boss (stud) design found elsewhere in Celtic art. Snakes attack lizard-like creatures – symbolising Christ’s triumph over the Devil.

Edward Lhuyd drawings from 1699 show the cross had broken by that time.