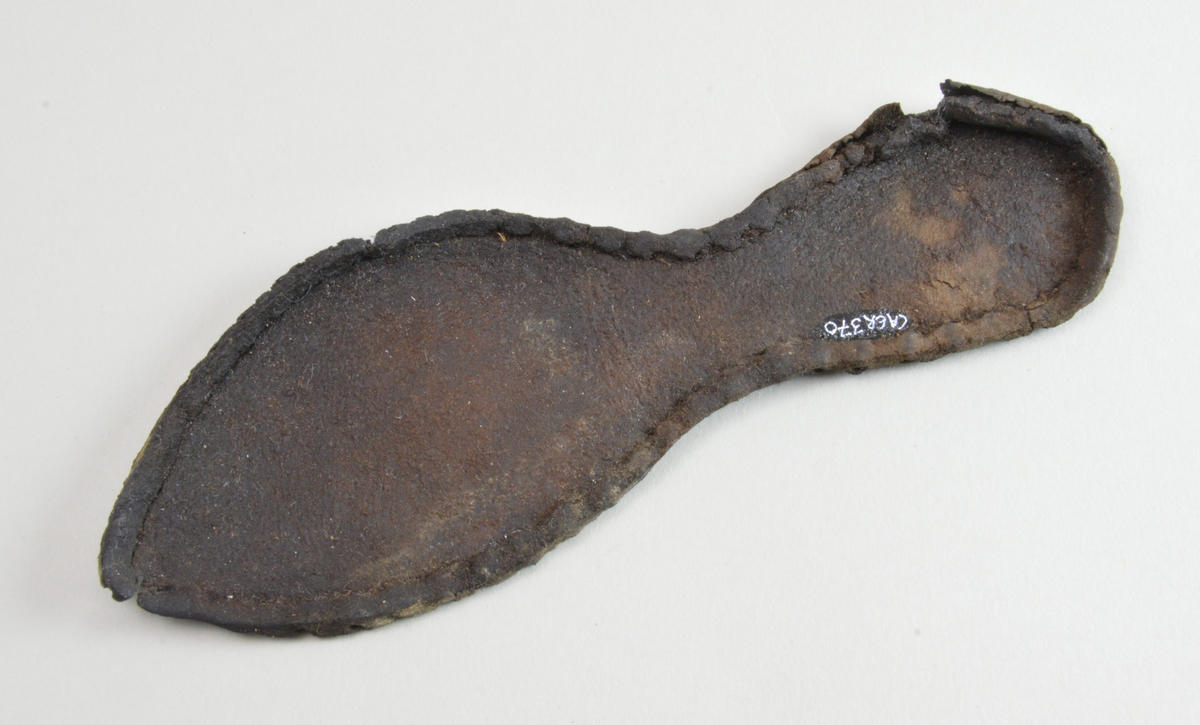 Broad shoe soles like this date from the 1200s to the 1300s. It was found with over 150 other shoe soles during the excavation of the moat at Caerlaverock Castle, Dumfries and Galloway, between 1955 and 1966. The sizes of individual pieces within the Caerlaverock shoe assemblage indicate that women, adolescents, and children lived and worked at the castle alongside men.

In Scotland shoemakers were known as ‘soutars’, and those who worked with higher grade leather were called ‘cordiners’. The leather used in shoemaking underwent processes including cleaning, scraping, tanning, and currying or oiling. These made the leather durable and workable. The master shoemaker cut the shoe leather using a crescent-shaped knife, then their apprentices and journeymen (a qualified worker) sewed the shoes. Until the mid-1400s shoes were sewn inside out and then turned the right way around.

Asymmetrical soles like this were made in the medieval period, when shoemakers made individual shoes for the left and right feet. Later they started to shape both shoes to the same dimensions, which was easier and more economical.