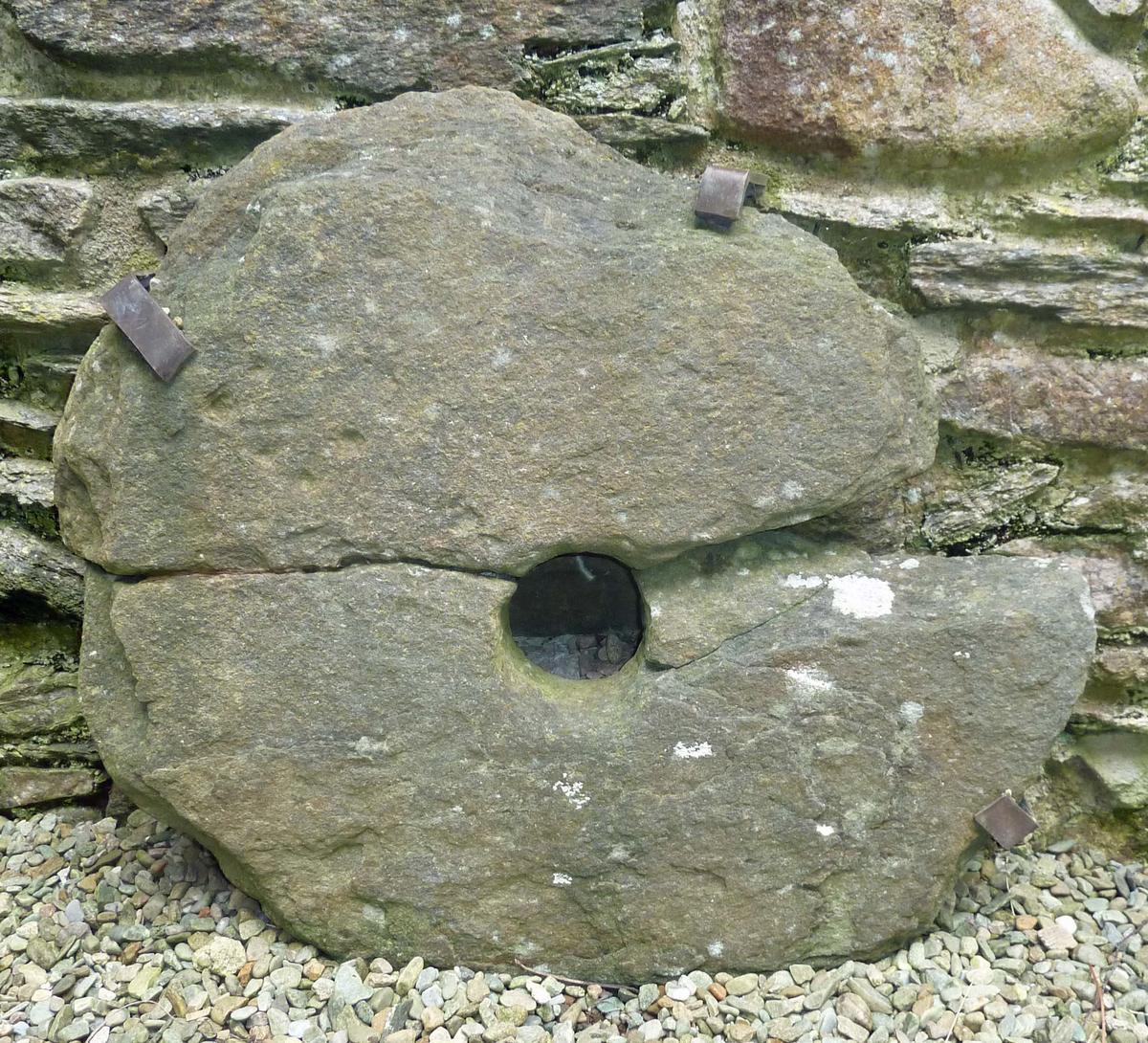 Quern stones were used for grinding grain into flour. They were used in pairs and one stone would be placed on top of another. The bottom stone remained stationary. Grain would be poured through a central hole in the top stone, which was then rotated, enabling the grinding process.

Castle Sween is the oldest standing castle on the Scottish mainland that we can date with confidence. It and its adjacent sea loch take their name from Suibhne (Sven) ‘the Red’, a chieftain of Irish descent and ancestor of the MacSweens. He probably built Castle Sween in the 1100s, a time when Argyll lay outside the Kingdom of Scotland.

The castle is set on a low, rocky ridge overlooking Loch Sween. Its curtain wall, 2m thick and 8m high, surrounded a quadrangular courtyard, though the complex was altered and built upon during the next 500 years.

We can tell the castle dates back to the 1100s by the broad buttresses on the outside walls. There is also an absence of windows and other openings, aside from the entrances.

In about 1300, an attempt by John MacSween to take back Castle Sween failed – despite ‘a tryst [meeting] of a fleet against Caisteal Suibhne’. A new three-story seaward tower was built about this time.

In the late 1300s, the castle passed to the MacDonald Lords of the Isles, and several families served as keepers. In 1481 James III of Scotland, fearful of the MacDonalds’ treachery, entrusted the castle to the Campbell earls of Argyll. The castle was destroyed by Sir Alexander MacDonald in 1647.

Castle Sween has been excavated several times, and there’s evidence that the site was occupied before the castle was built. Works in the 1920s revealed:

Further excavations in the 1980s found evidence for at least five separate periods of use within the courtyard. One notable find was a 1400s harp-peg found on the site, associated with the Lords of the Isles.

Find out more about Castle Sween