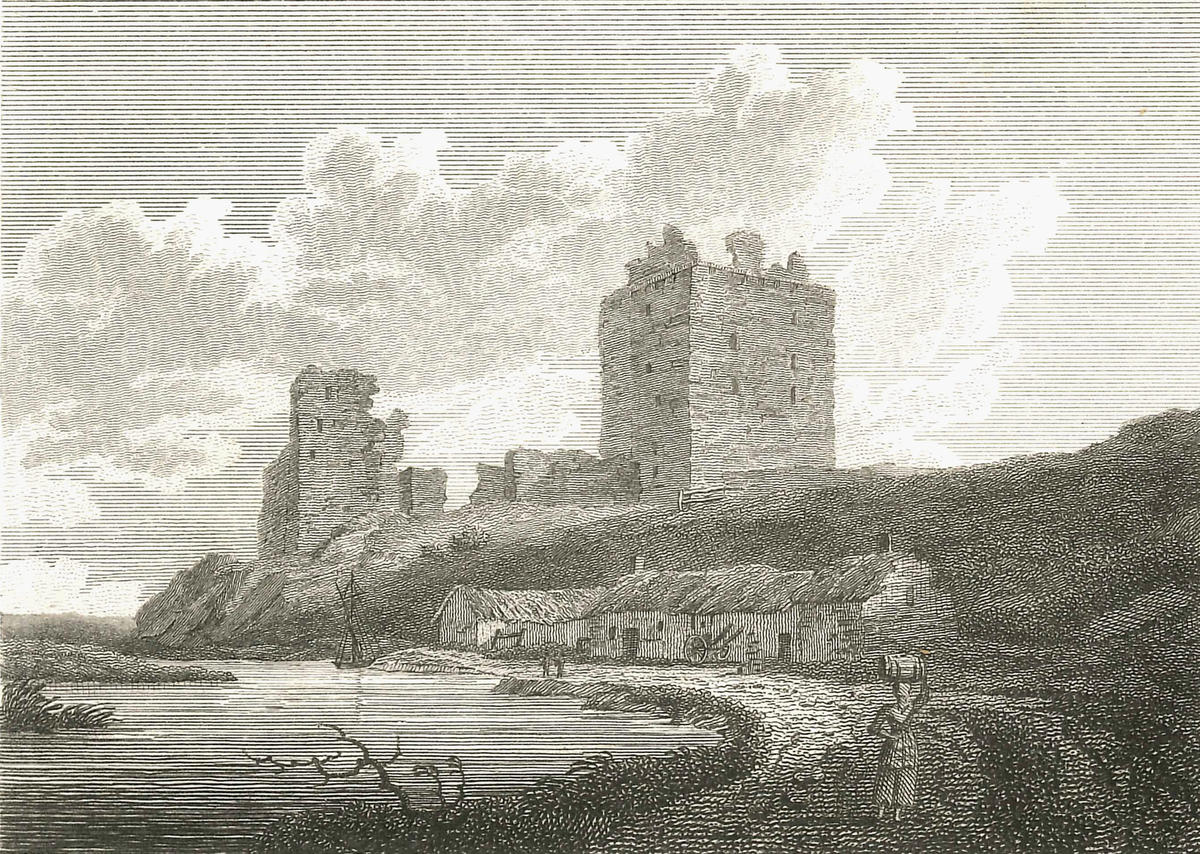 Spynie Palace was for 500 years the seat of the bishops of Moray. During that time, the palace stood on the edge of Spynie Loch, a sea loch with safe anchorage for fishing boats and merchant vessels. A thriving settlement developed nearby.

Today, nothing remains of either sea loch or medieval settlement. But the impressive ruin of Spynie Palace is the largest surviving medieval bishop’s house in Scotland.

The bishops of Moray may have established their residence at Spynie in the late 1100s. Around 1207, Bishop Brice chose the church of Spynie as his cathedral. His successor, Bishop Andrew, built a new cathedral in Elgin, but the bishops still lived at Spynie.

The oldest surviving buildings, dating from the 1300s, include a first-floor hall and perhaps a chapel, with an entrance gateway below. There was another hall range with tall windows against the west wall. A large, circular tower may have held the palace’s main accommodation (only its basement remains).

The colossal David’s Tower dominates the palace complex. It measures 19m by 13.5m externally and rises to a height of 22m, making it one of the largest tower houses ever built in Scotland. The great tower had a first-floor front entrance and six storeys.

Though named after Bishop David Stewart (1462–76) who commissioned it, the tower remained incomplete at his death. Bishop William Tulloch (1477–82) finished the tower and Bishop Patrick Hepburn (1538–73) added the gun holes.

The coats of arms of all three bishops are carved on the south wall, beneath the Royal Coat of Arms of Scotland.

In the mid-1400s, the gateway in the south range was blocked and a more impressive gate put in the east wall. The coat of arms above the gate may belong to Bishop John Winchester (1435–60).

By 1500, a large, new great hall and chamber had been erected along the north side of the courtyard, and rectangular towers added to two of the corners.

The last building works were carried out for Hepburn, the final pre-Reformation bishop. He had wide-mouthed gun holes inserted at the base of each tower – clearly in anticipation of trouble ahead.

Spynie remained a residence for the Bishops of Moray until 1682, when it was annexed to the Crown and rented out for £12 a year.

Find out more about Spynie Palace