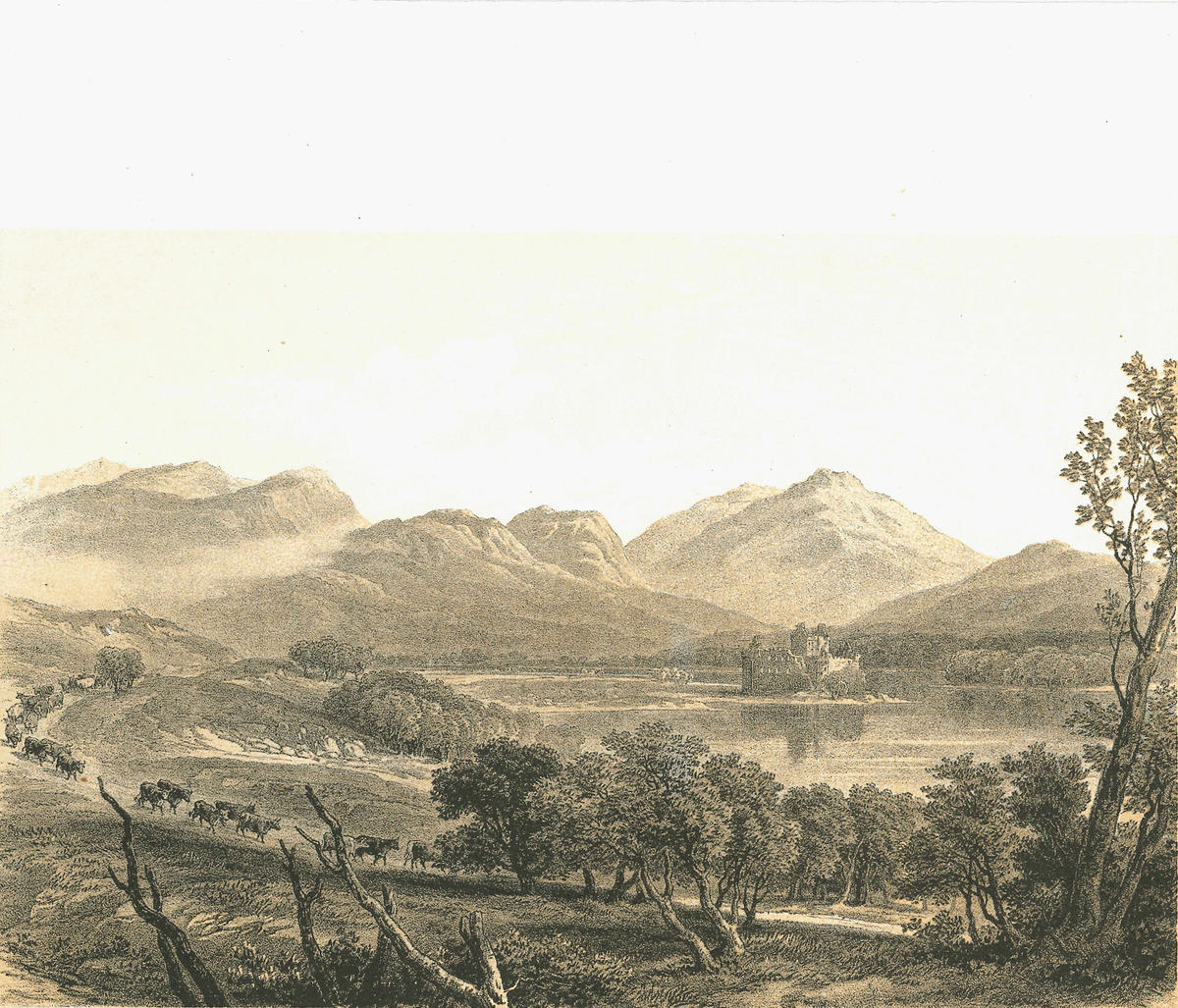 Sir Colin Campbell, 1st Lord of Glenorchy, built Kilchurn Castle at the head of Loch Awe in the mid-1400s. Colin’s father Duncan Campbell, later 1st Lord Campbell, had offered him the land to ensure his loyalty following the sudden death of his elder brother Gillespec.

Colin’s descendants, the Campbells of Glenorchy, were the most powerful junior branch of Clan Campbell, and Kilchurn remained their power base for around 150 years. The Glenorchy Campbells at times nearly rivalled even the Clan Campbell’s chiefs, the earls of Argyll, for supremacy.

The castle’s existence is noted in a charter dated March 1449, entitled ‘apud Castrum de Glenurquhay’ (at the Castle of Glenurquhay). It originally consisted of the courtyard and the five-storey tower house, containing a hall, private chambers, a cellar and a prison. Colin’s son Duncan, the 2nd Lord, added the laich hall in the courtyard before his death at the Battle of Flodden in 1513.

Colin, the 6th Lord, added the four angle-turrets on the top of the tower house. He was also responsible for relocating the Campbells of Glenorchy from Kilchurn to their new home of Balloch, now Taymouth, in Perthshire before his death in 1583.

Kilchurn found a new role in 1689. In that year Sir John Campbell of Glenorchy, 1st Earl of Breadalbane, retired to his ancestral seat and set about converting it into a garrison stronghold.

The tower house was converted into accommodation for officers, while a barracks housing 200 men was built on the north side of the courtyard. The barracks block remains relatively complete, and is today the oldest surviving barracks on the British mainland.

The garrison stronghold saw little use, other than as an outpost for government soldiers during the Jacobite risings of 1715 and 1745. The castle was eventually abandoned later that century.

Find out more about Kilchurn Castle