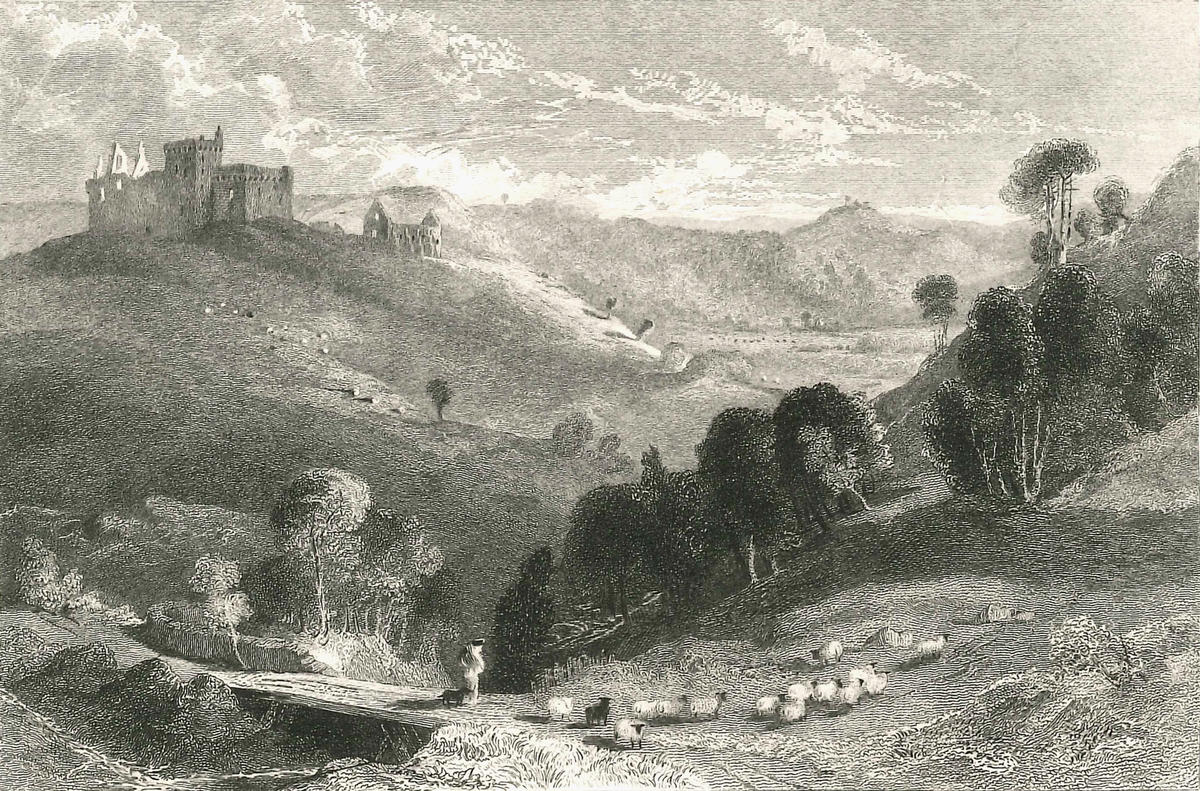 Crichton Castle stands tucked away out of sight, on a terrace above the River Tyne in Midlothian. Though rarely the stage for significant events, the castle’s connections to two influential families link it to some of the most colourful chapters in Scottish history.

The castle was built as a home for the Crichtons and served as a noble residence from the late 1300s to the close of the 1500s. The Crichtons fell from grace in 1484, and in 1488 the castle passed into the hands of the Hepburns of Hailes, who became earls of Bothwell.

The political intrigues of James, the 4th Earl, third husband of Mary Queen of Scots, played out far away from this now sleepy corner of Midlothian. After Bothwell’s downfall in 1567, Francis Stewart – another complex individual – briefly held the castle. His building legacy endures to this day.

Castle of the Crichtons

The Crichtons appear on record around 1400. John de Crichton built the oldest part of the present castle complex – the lofty tower house that dominates the east range of the castle’s quadrangle.

We know very little about the man, but his son William became a leading statesman. In 1439, he was made Chancellor of Scotland, a position that brought wealth and power.

Sir William added greatly to his father’s castle, building an innovative great hall and kitchen around a new courtyard. He also built a collegiate church nearby, where he paid priests to pray for his family’s salvation.

Castle of the earls of Bothwell

On the accession of James IV in 1488, Crichton Castle passed to Patrick Hepburn, who was soon after made Earl of Bothwell. It remained with the earldom for the rest of its days.

As such, the castle was linked with some of the biggest events in 16th-century Scotland – especially after the 4th Earl married Mary Queen of Scots in 1567. Mary had previously visited Crichton in 1562 for the wedding celebrations of Bothwell’s sister, Janet.

The north lodging, built around 1580, is extraordinary. Its highly attractive, diamond-faceted façade overlooking the courtyard would be more at home in Spain, Italy or southern France.

Francis also had a most unusual stables complex built beside the castle, with a huge overlight shaped like a horseshoe.

Bats that roam the valley next to Crichton roost in the castle stables. The valley is a protected site for its important wildlife.

Alder trees along the riverbanks are a special feature of the landscape. They were once used to make charcoal for the gunpowder works at nearby Gorebridge.

Find out more about Crichton Castle