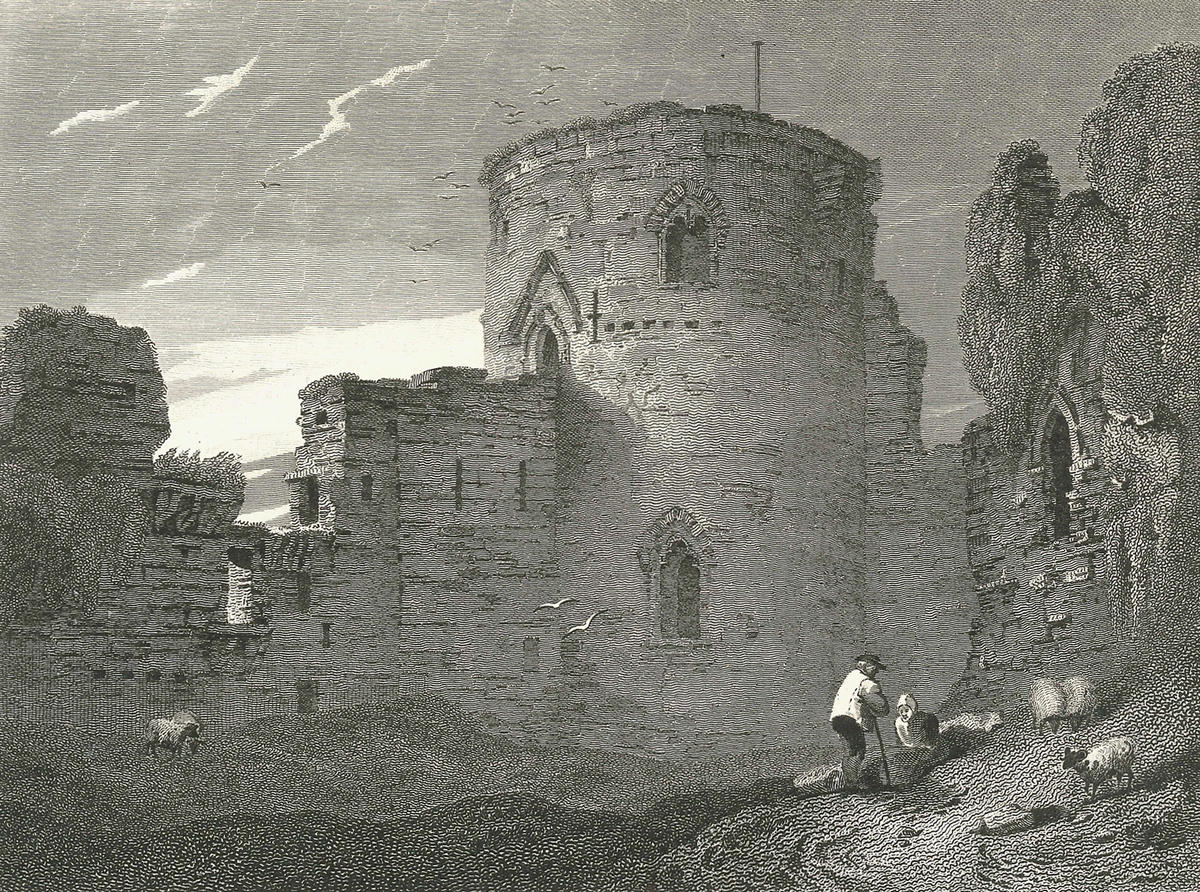 Bothwell Castle engraved by John Greig from a painting by Luke Chennell for the Borders Antiquities of England & Scotland, 1875. Bothwell Castle is situated near the River Clyde, South Lanarkshire.