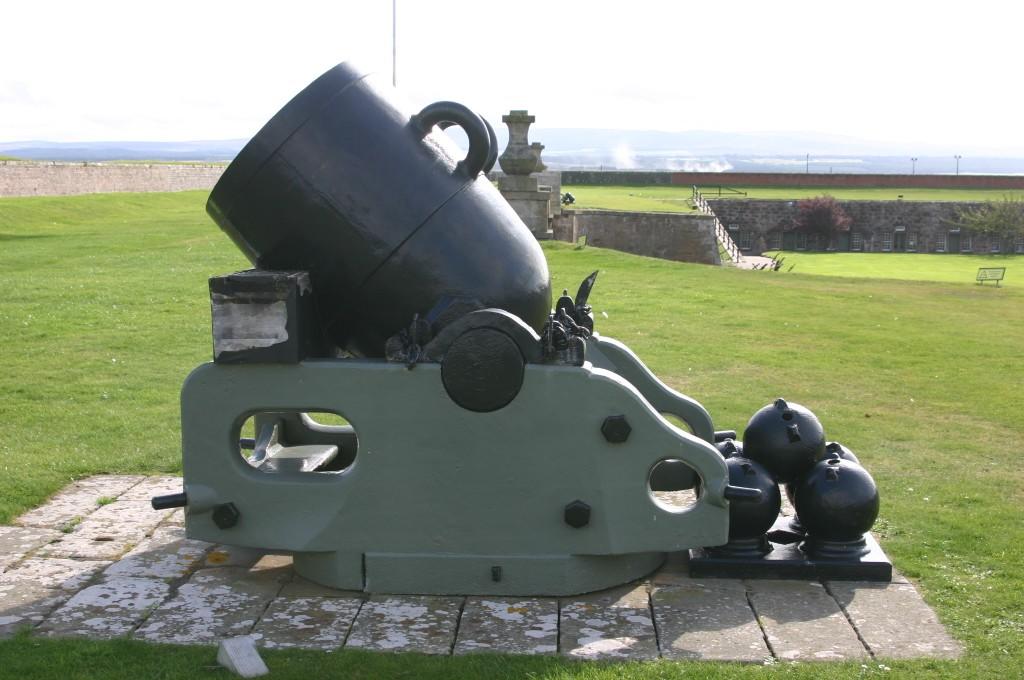 English 18 pounder cannon with carriage, early 1800s. At Fort George, near Inverness. On loan from the Board of Trustees of the Royal Armouries.

Fort George is the finest example of 18th-century military engineering anywhere in the British Isles, though the army base never fired a shot in anger. Today, the fort would cost nearly £1 billion to build and equip.

Strategically located on a promontory jutting into the Moray Firth, the army base was designed to evade capture. Fort George was built on a monumental scale, making use of sophisticated defence standards, with heavy guns covering every angle.

The boundary walls of the fort housed:

The Jacobite Rising of 1745–6 proved to be the last attempt by the Stuart dynasty to regain from the Hanoverians the thrones of Scotland and England and Wales.

Fort George was one of the ruthless measures introduced by the government to suppress Jacobite ambitions after the nearby Battle of Culloden. It was intended as the main garrison fortress in the Scottish Highlands and named after George II.

Lieutenant-General William Skinner was the designer and first governor of Fort George.

He mapped out the complex layout of:

Defences were heavily concentrated on the landward side of the promontory – the direction from which a Jacobite assault was expected. Long stretches of rampart and smaller bastions protected the remaining seaward sides.

An active army base

Later in the 1700s, when the Jacobite threat was over, the fort became a recruiting base and training camp for the rapidly expanding British Army. Many a Highland lad passed through its gates on his way to fight for the British Empire across the globe.

Between 1881 and 1964, the fort served as the depot of the Seaforth Highlanders.

Fort George is currently the home of the Black Watch, 3rd Battalion The Royal Regiment of Scotland (3 SCOTS).

Find out more about Fort George