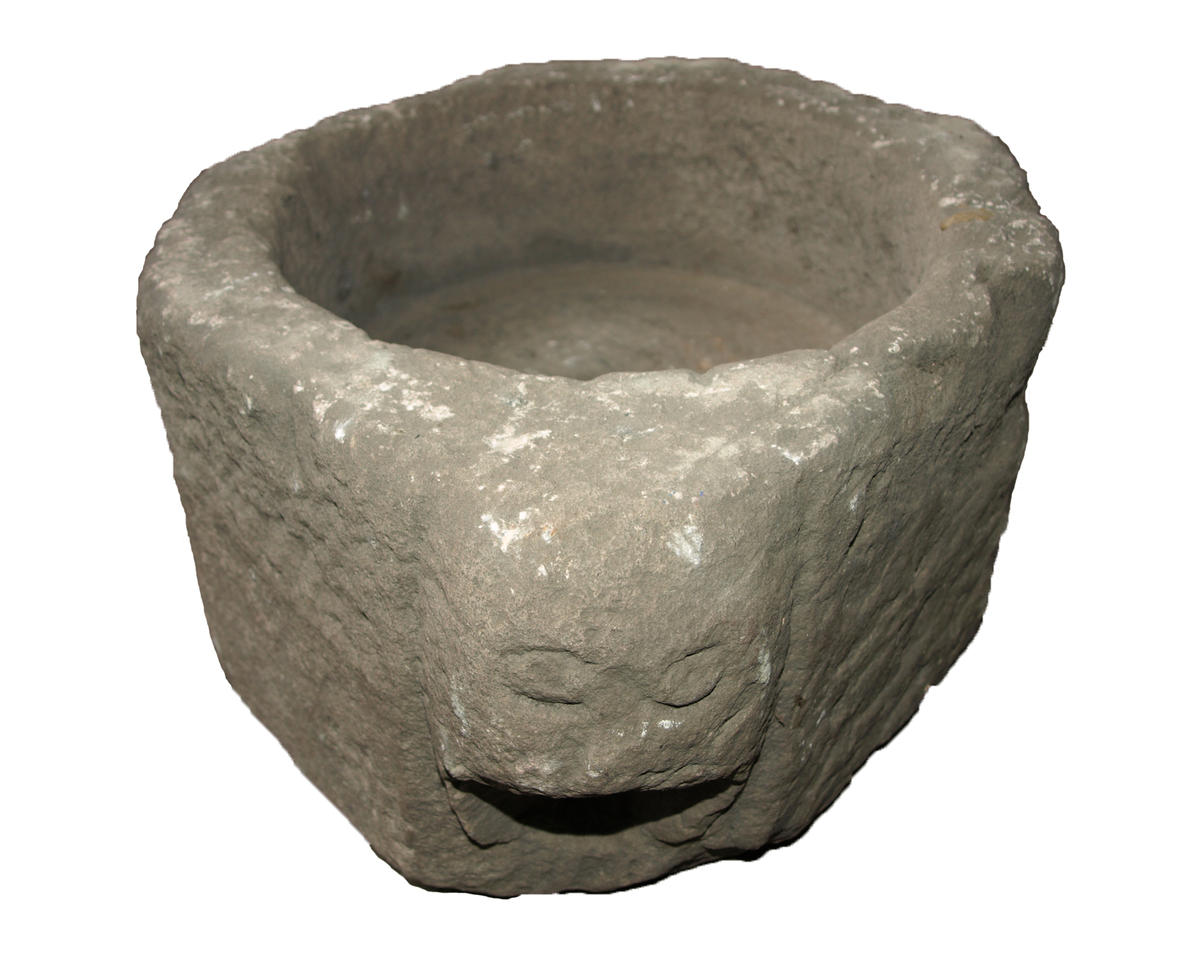 Medieval stone mortar from Holyrood Abbey, Edinburgh. Probably used by the Augustinian monks for preparing food. Like this one, the spouts of mortars were often carved with grotesque faces.

All that survives of the rebuilt church is the nave. This was spared at the Protestant Reformation in 1560 because it served as the parish church of Canongate, the next burgh. The choir and transepts were destroyed in 1570.

Well before the Reformation, the Stewart monarchs had almost entirely taken over the canons’ cloister as their Edinburgh residence. Charles II rebuilt it to its present appearance.

In 1687, James VII and II – Charles’s Catholic brother and successor – evicted the nave’s Protestant congregation. He then restored it as a chapel of his revived Order of the Thistle. Within a year, the chapel had been ransacked, and James forced into exile.

The abbey nave has been a ruin ever since.

Legend of the ‘Holy Rude’

Legend has it that David I was hunting in the royal forest of Drumsheugh when he was thrown from his horse below Salisbury Crags. He was speared in the thigh by the antlers of a ‘muckle white hart [stag]’.

Had it not been for the ‘holy rood’ (crucifix) that miraculously appeared in the king’s hands as he grappled with the animal, he would surely have died. In thanks to God, David endowed a ‘monastery of the Holy Rood’ close to where he escaped death.

The surviving nave is a precious fragment of Gothic medieval architecture, dating primarily from the 1200s. Its design is similar to that of Lincoln Cathedral, especially the nave interior. But much of what we see is particular to the site.

Features of Holyrood’s nave include the:

The west front has one of Scotland’s most impressive processional doorways. A Romanesque (Norman-style) door from the 1100s survives: it had been moved to the east end of the south wall.

Holyrood Abbey served as a royal residence from the start. Edinburgh Castle was an imposing fortress but was less private than the abbey. David I and his successors probably stayed in a royal guesthouse to the west of the canons’ cloister at Holyrood.

The royal family stayed at the abbey more often as Edinburgh grew in importance. The cloister precinct was converted into a modern Renaissance palace and became their principal home in Scotland by the time of the Reformation.

A number of royals were buried in the abbey choir:

Their remains now lie in the royal vault, in the nave’s south aisle.

Find out more about Holyrood Abbey