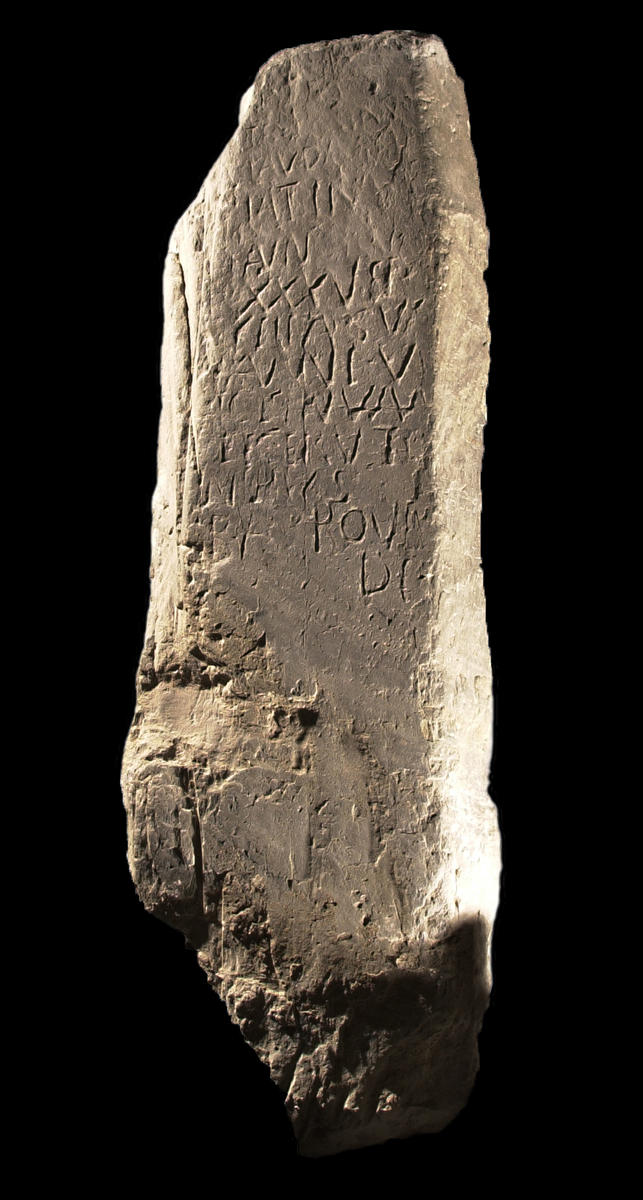 The Latinus Stone is Scotland’s oldest surviving Christian memorial. Latinus was the first Christian in Scotland whose name we know. His stone, which dates from around 450, is clear evidence of a group of Christians living at Whithorn at that time.

Built to honour both Latinus and his young daughter, its inscription translates as: ‘We praise you, the Lord! Latinus, descendant of Barravados, aged 35, and his daughter, aged 4, made a sign here’.

The memorial is built in a Roman style and Latinus is a Roman name, though his ancestor had a local Celtic name. Above the lettering are traces of the chi-rho symbol (meaning ‘Christ’). This is carved in the early, six-armed Constantinian form – a sign of the stone’s early date and its close links to the Roman world.

The stone was later reused in the walls of Whithorn Priory. It was rediscovered in 1890. Today it is on display in the museum at the priory.