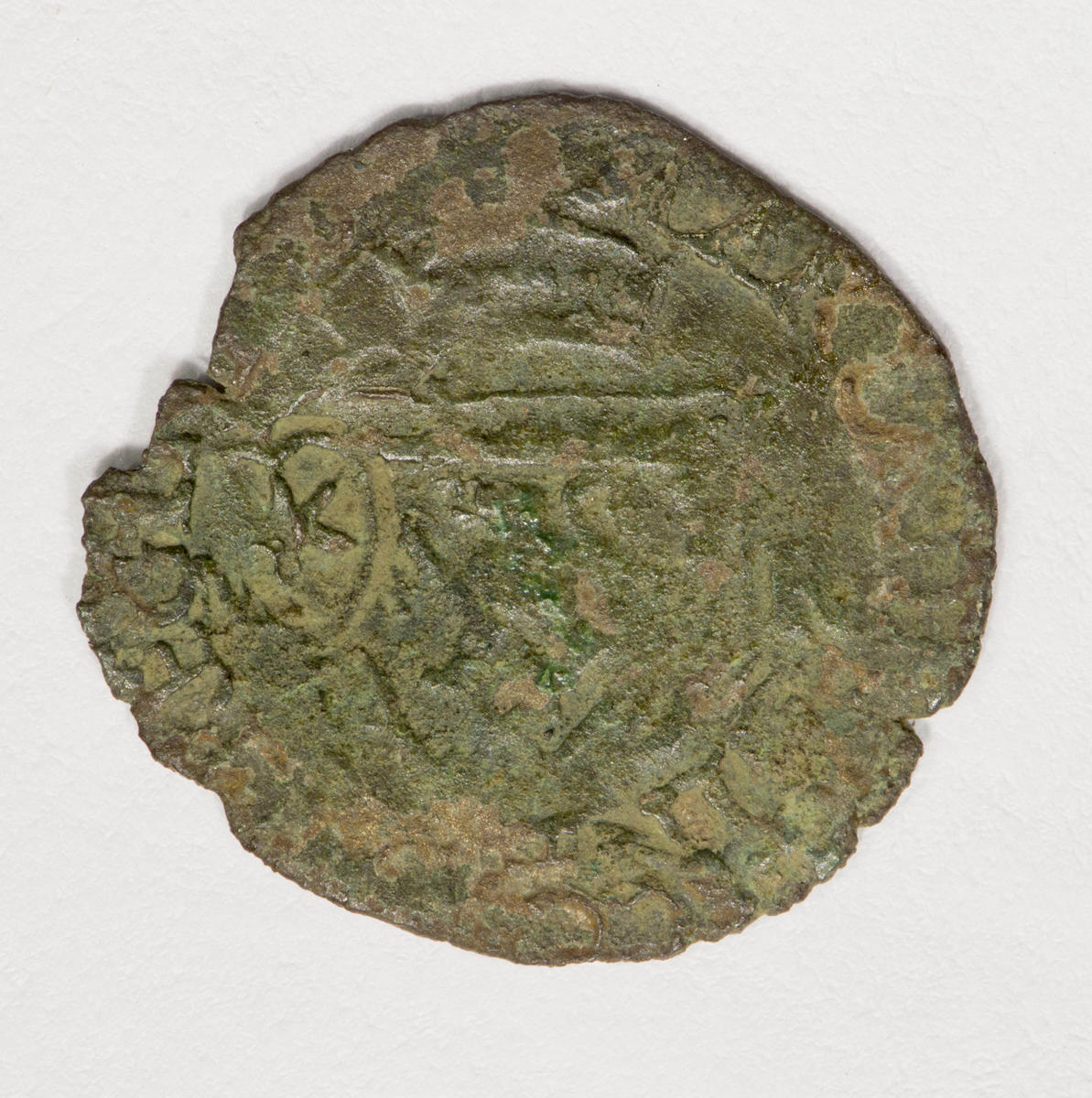 The coinage of Mary Queen of Scots (1542–67) reflected five phases of her life: her youth, two marriages and two widowhoods. Made of billon, an alloy, the coin was worth four pence Scots.

This plack was issued in 1557 and, unusually, reissued in 1575 – with a heart and star mark added to show that it was genuine.

Forged coins were very common by the time James VI inherited the Scottish throne in 1567. Placks and lions issued in Mary’s reign were recalled in 1575 to check for authenticity. Coins found to be genuine were marked with the arms of the Earl of Morton, the regent for James VI – a heart and star.

A crowned shield, a lion at its centre, divides the letters ‘M R’ on the heads side of the coin. The heart and star countermark is to the left. The legend translates as ‘I serve and am worn by use’. This appears as: ‘SERVIO ET VSV TEROR’.

An ornate cross – with a plain cross in the centre and crowns in the angles – adorns the reverse.