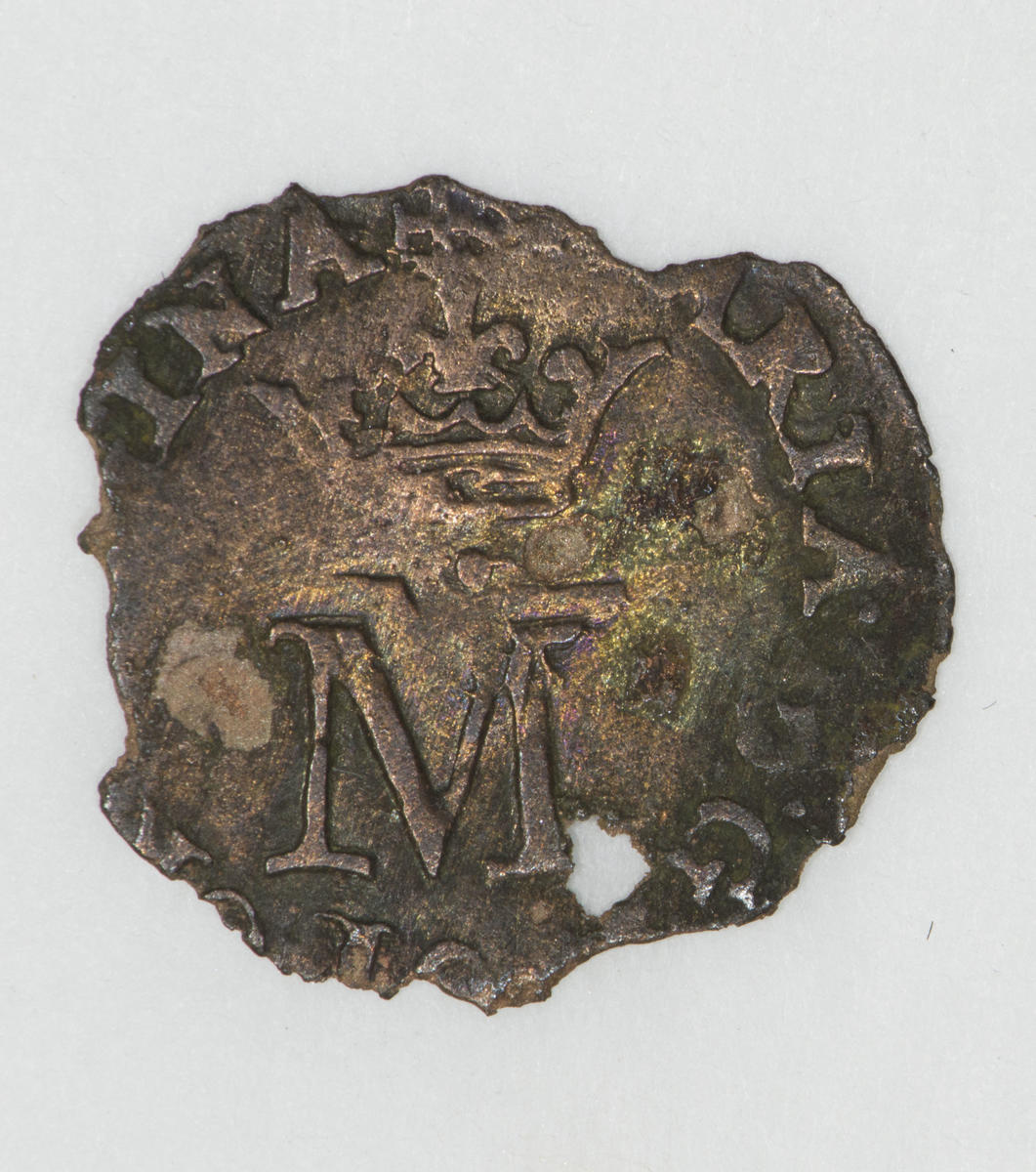 Mary Queen of Scots (1542–67) had coinage to reflect five phases of her life: her youth, two marriages and two widowhoods. This lion or hardhead is an example of the first coinage period (1542–58), before Mary’s marriage to Francis, the French dauphin (heir to the throne).

A large crowned ‘M’ – Mary’s monogram – adorns the heads side, along with annulets (small rings). The Latin legend translates as ‘Mary by the grace of God Queen of Scotland’. In Latin, it reads: ‘MARIA D. G. SCOTOR. REGINA’.

By the crowned lion rampant on the tails side is a motto meaning ‘truth conquers’: ‘VICIT VERITAS’.

Made of billon, an alloy, the coin was worth one and a half pence Scots. This lion was issued in 1555.

Many coins were issued in Mary’s reign, made in gold, silver and base metal, and often in values never seen before.