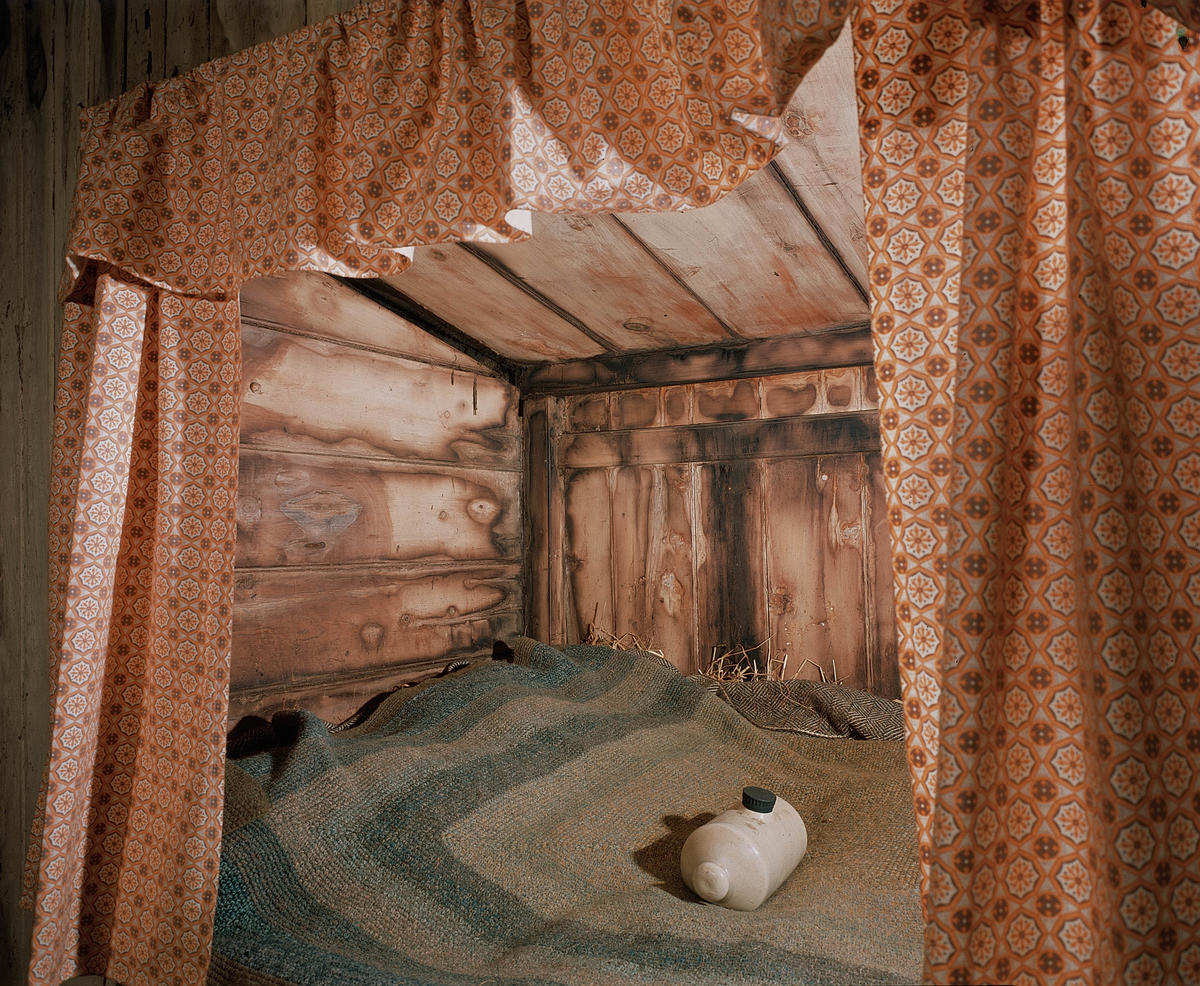 Cosy and private, this box-bed was built to provide a good night’s sleep at the Blackhouse, Arnol. It is made from driftwood and other materials found locally. Heather wrapped in blankets would have been placed inside to make a springy mattress. The curtains kept out draughts. For extra warmth, a ceramic hot water bottle may have been used.

A closer look at the bed slats reveals gouges thought to be the work of a large seaworm, suggesting that the wood came from the Caribbean. Some pieces were once boat parts such as oars. The resourceful builder of this bed was the son of the man who built the blackhouse itself.

Box-beds were typical of blackhouses, but a separate bedroom was rare in such a home before the 1850s. Instead, the living area would have been used for sleeping too.