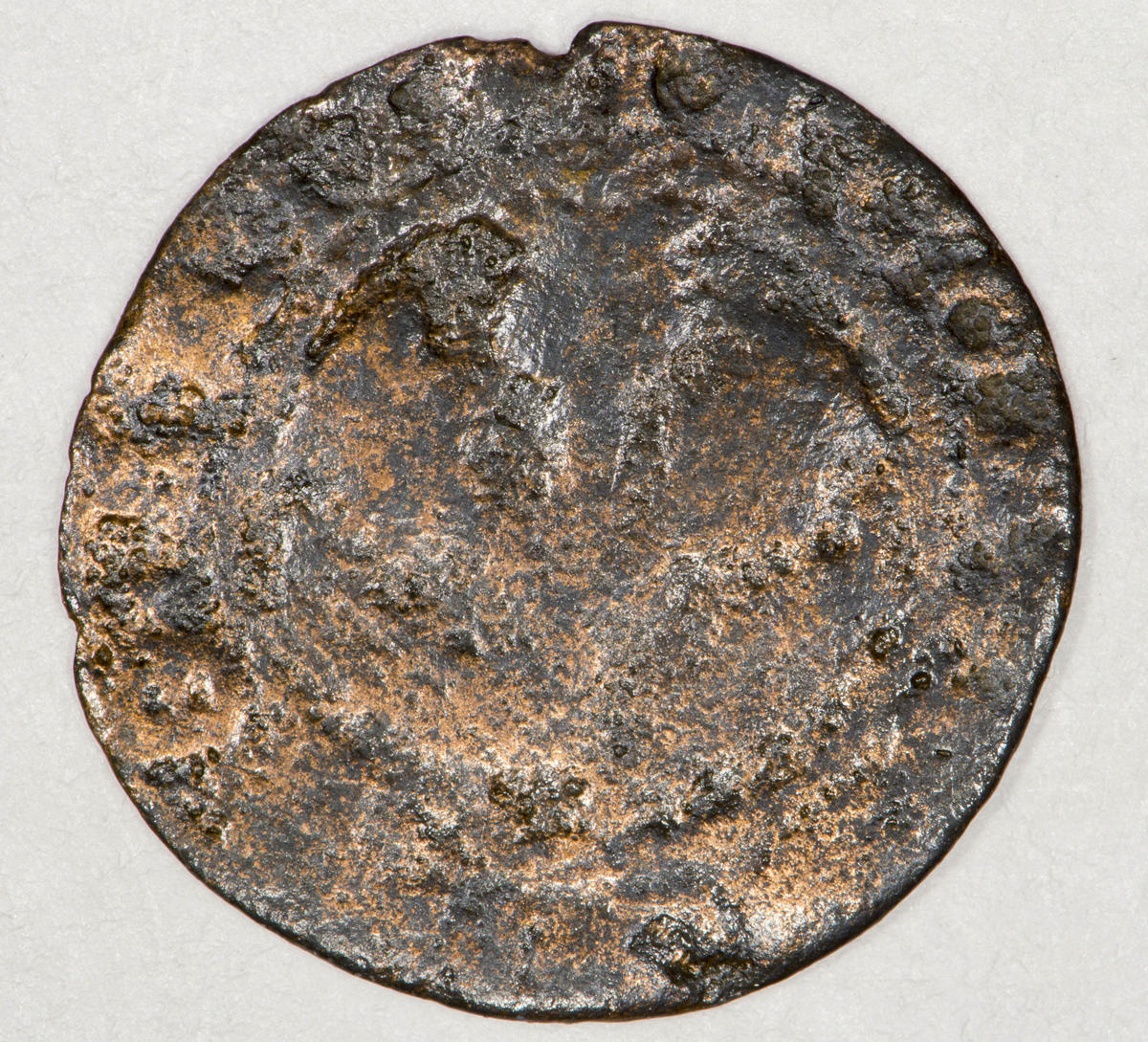 The design of this coin consists of a triple thistle on the obverse, while the reverse bears a crowned lion rampant with two pellets behind.

The inscription is at legend and reads IACOBVS DEI GRA. MAG. BRIT which translates: 'James by the Grace of God, [King of] Great Britain’. On the reverse the Latin inscription reads FRANCIE ET HIBERNIE REX, which means 'King of France and Ireland’.

This copper coin offers an example of coinage issued after the accession of James VI to the English throne. As Elizabeth's nearest heir, James ruled both kingdoms after her death in 1603. James VI was the first Protestant King of Scotland.

Tantallon was the last truly great castle built in Scotland. William Douglas, a nobleman, built the mighty fortress in the mid-1300s, at the height of his power.

This land included the barony of North Berwick.

William was made Earl of Douglas in 1358 – by which time masons may already have begun to build Tantallon.

The house of Douglas split into two branches in the 1380s: the ‘Black’ and the ‘Red’. Tantallon passed to the junior line – the earls of Angus also known as the ‘Red Douglases’. They owned the castle for the next 300 years, often clashing with the Crown.

The castle was besieged by:

Cromwell’s army caused such destruction that the medieval fortress was abandoned after this last attack.

Like the mighty defensive stone castles of the 1200s, Tantallon had:

Tantallon differs from most comparable castles only because of its setting by the sea. The curtain wall once enclosed the entire site – its seaward side has since fallen down – but the castle needed formidable defences on just its landward side.

The castle was built before the age of gunpowder artillery.

In William’s day, its high, thick walls defended against:

In the end, it wasn’t enough. In 1651, Cromwell’s heavy guns ripped out the guts of the end towers.

Historic Scotland excavated several areas of the site in 2013 and 2014 with the help of volunteers.

Find out more about Tantallon Castle