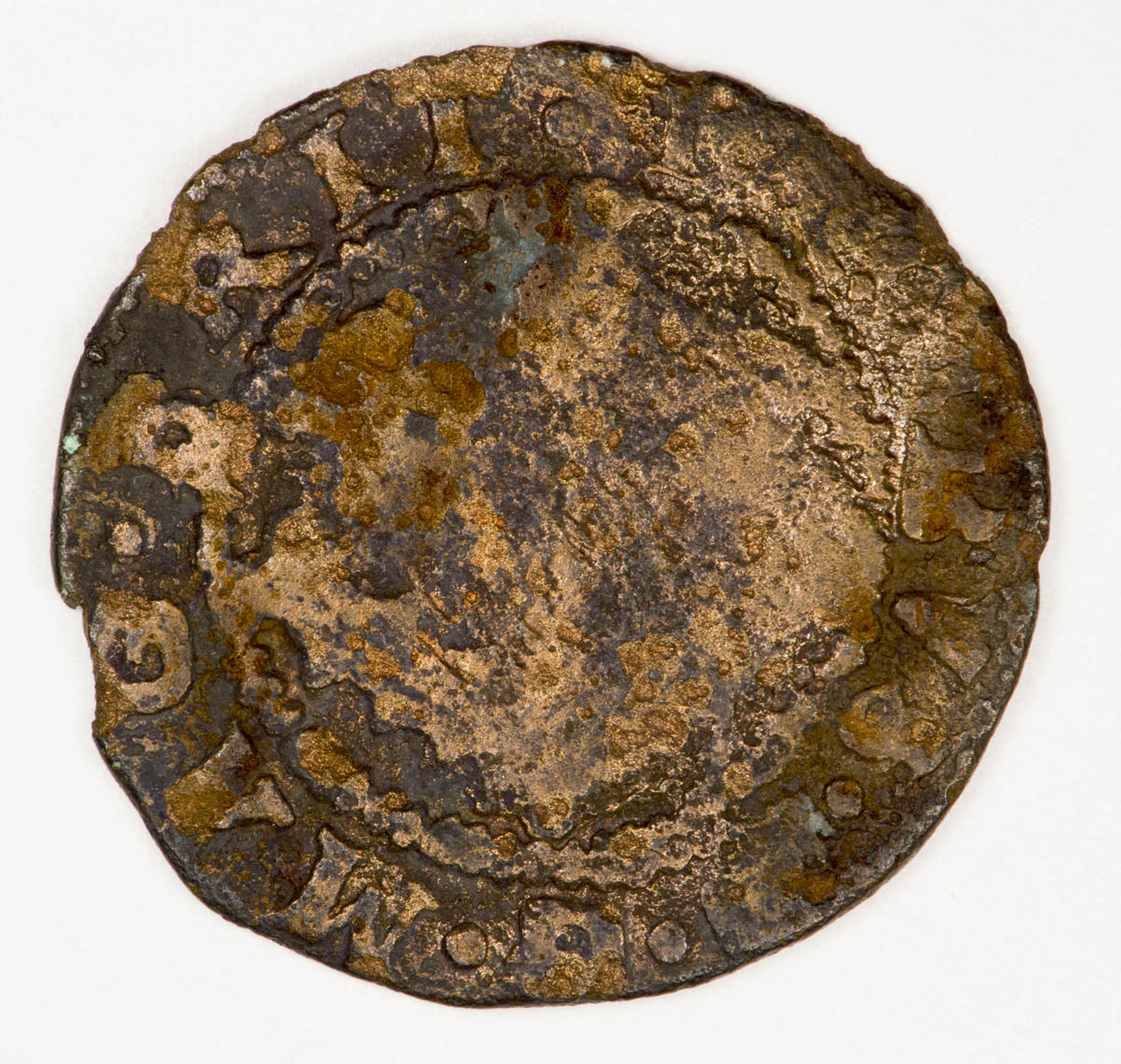 A penny made during the reign of James VI (1567–1625). A first issue from 1614, it’s an example of coinage issued after James VI acceded to the English throne.

A triple thistle features on the heads side of the coin. The legend means ‘James by the grace of God, [King of] Great Britain’. This appears as: ‘IACOBVS DEI GRA. MAG. BRIT’.

The crowned lion rampant on the reverse has a single pellet behind. Latin text here translates as ‘King of France and Ireland’. It is written: ‘FRANCIE ET HIBERNIE REX’.

James VI was the first Protestant King of Scotland. As Elizabeth I’s nearest heir, he came to rule both kingdoms upon her death in 1603.