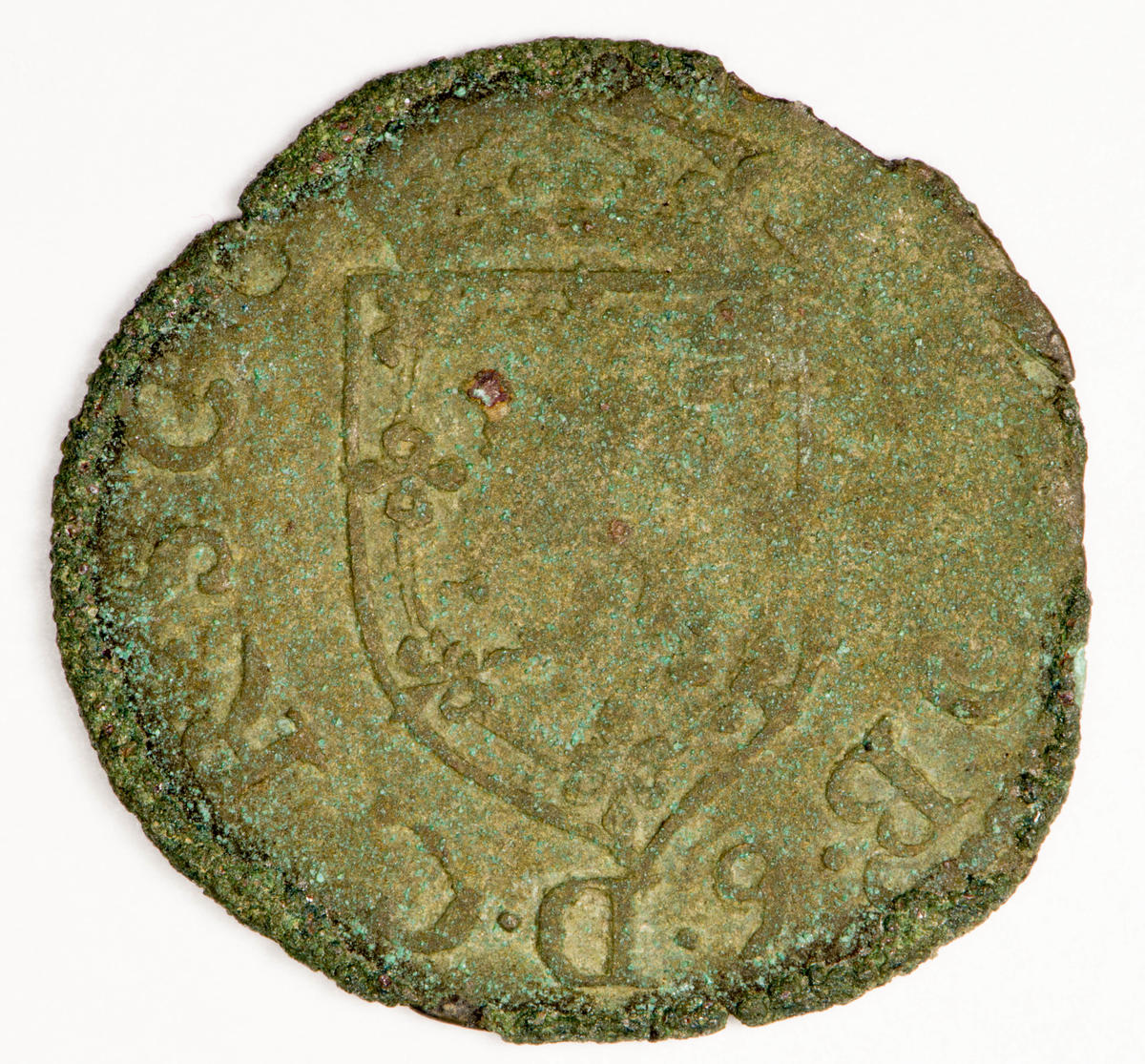 Found at St Peter's Kirk, Duffus, this eightpenny groat is from the reign of James VI (1567–1625). Made of billon, an alloy, the coin was struck between 1583 and 1590. It is an example of coinage from the time before the Scottish king’s accession to the English throne.

A crowned shield with lion rampant adorns the heads side of the coin. The legend translates as ‘James VI by the Grace of God King of Scotland’. In Latin, it reads: 'IACOB 6 D.G. R. SCO'.

Billon and copper coins were issued in smaller quantities at this time. None at all were struck in the first 16 years of James VI’s reign. Scottish documents of 1585 refer to the striking of coins at Dundee and Perth, owing to the plague outbreak in Edinburgh. But the only coins that are known of carry the Edinburgh Mint signature.

James VI was the first Protestant King of Scotland. As Elizabeth I’s nearest heir, he succeeded to the throne of England after her death in 1603.