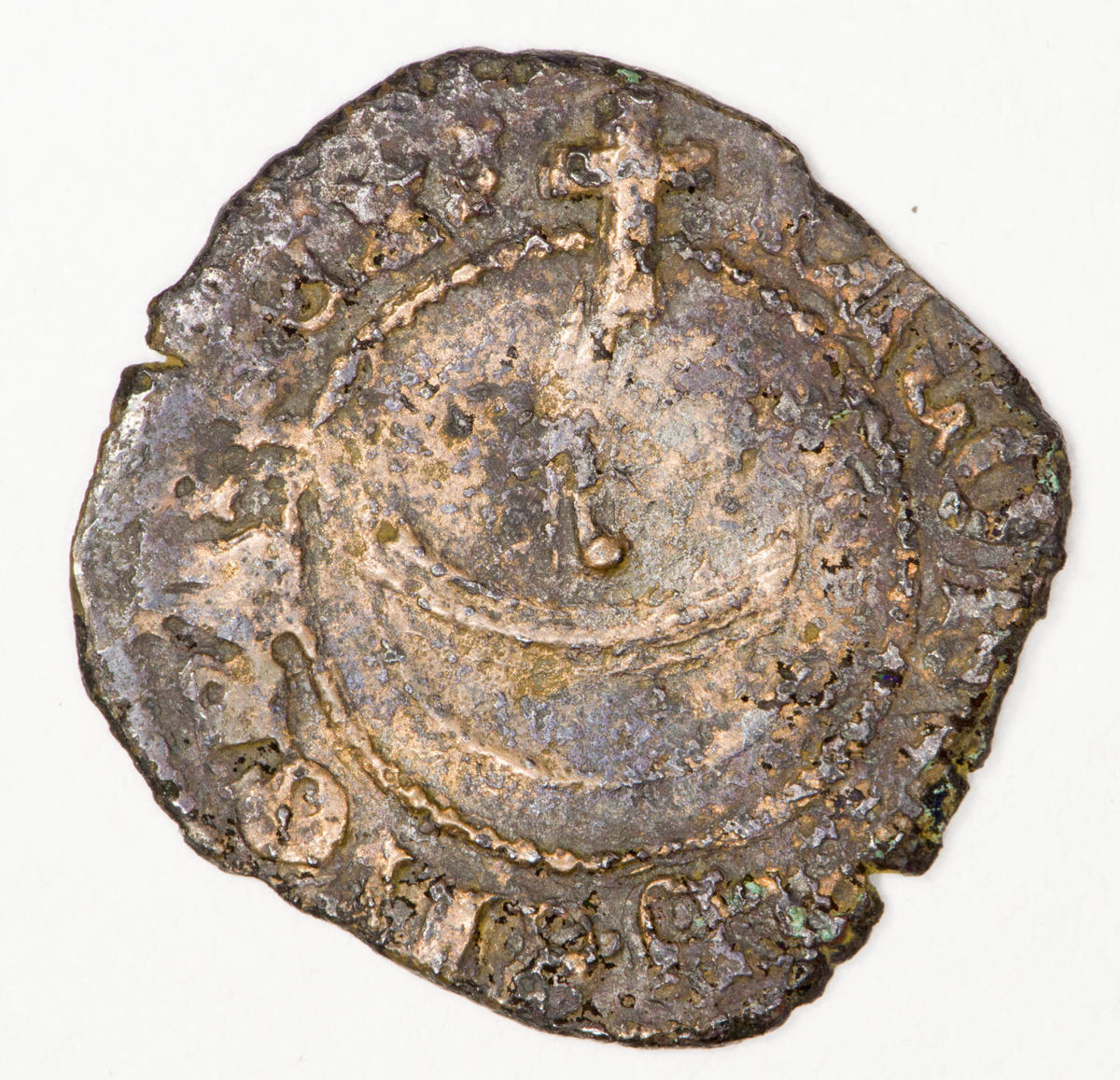 A crux pellit penny made in the reign of James III (1460–88). Found during digs at Threave Castle, this coin may be an example of coinage of either the Church or Crown.

The design shows a cross-bearing orb – both a Christian symbol of religious authority and a symbol of royal power. The orb tilts down and the cross is on top. The legend means ‘James by the grace of God King’. The Latin itself reads: ‘IACOBVS: DEI: GRA: REX’.

A Latin cross within a quatrefoil (four-leafed symbol) is on the reverse. Here the text translates as ‘the cross drives away all sin’. It is written: ‘CRVX: PELLIT: OIE: CRIM’, which quotes a hymn.

James III acted in ways that made him unpopular with Scottish nobles. For instance, he showed favouritism to Cochrane, Earl of Mar, who issued these coins – known as ‘black money’. This dislike led first to the king being jailed at Edinburgh Castle. He died following defeat at the Battle of Sauchieburn in 1488. Although tradition has it that he was murdered the exact circumstances around his death are unknown.