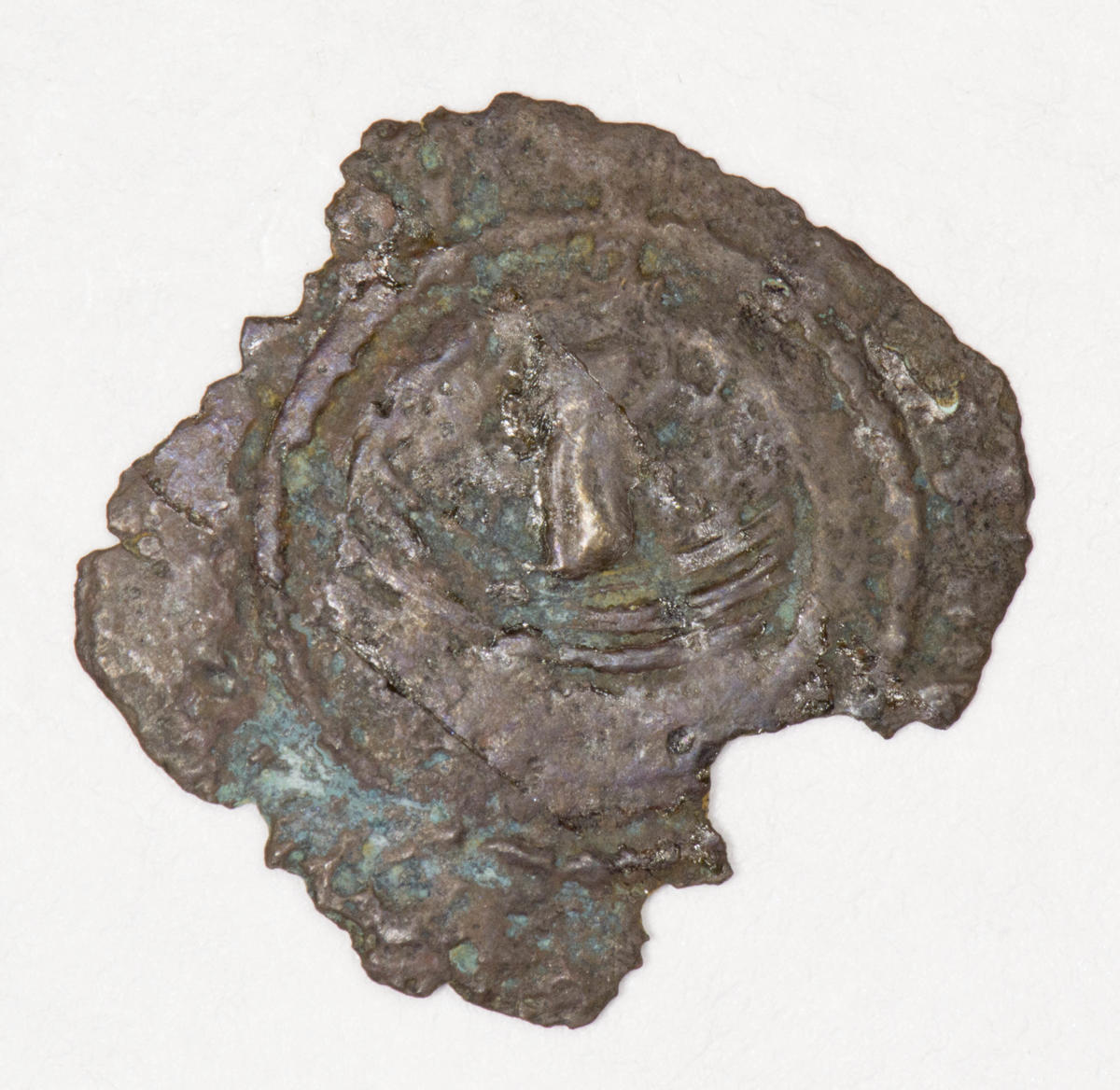 This coin was found during archaeological excavations at Hailes Castle and might offer an example of ecclesiastical or regal coinage. The design on the obverse consists of an orb tilted downwards and surmounted by a cross. The cross-bearing orb or 'globus cruciger' is a Christian symbol of religious authority and also of royal power. A Latin cross within a quatrefoil is visible on the reverse. The Latin inscription reads: IACOBVS: DEI: GRA: REX, which translates as 'James by the grace of God King’. The inscription on the reverse quotes an hymn by Prudentianus: CRVX: PELLIT: OIE: CRIM, which means 'the cross drives away all sin'. James III favouritism to Cochrane, Early of Mar, who issued these coins known as 'black money', along with other actions made him unpopular with Scottish nobles, leading to his imprisonment at Edinburgh Castle and later murder after his defeat at the battle of Sauchieburn in 1488.