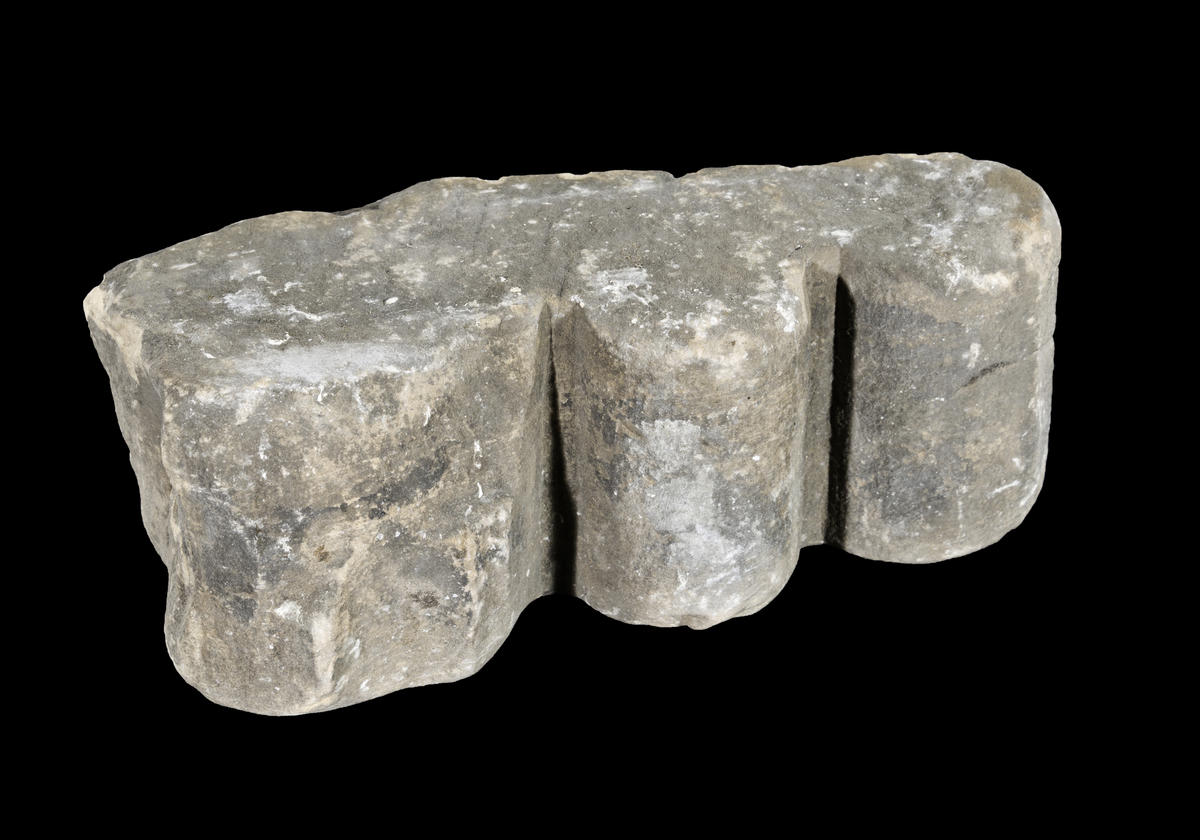 A jamb is the vertical side of an opening, such as a door or a window. This jamb is a large triangular block, flat on the upper and lower faces where it met the adjacent stones. It features large dogtooth ornament on one side, which indicates which side of the stone would have been visible on the inside of the door. a similar sequence of patterning is seen on the much restored clerestory in the choir.