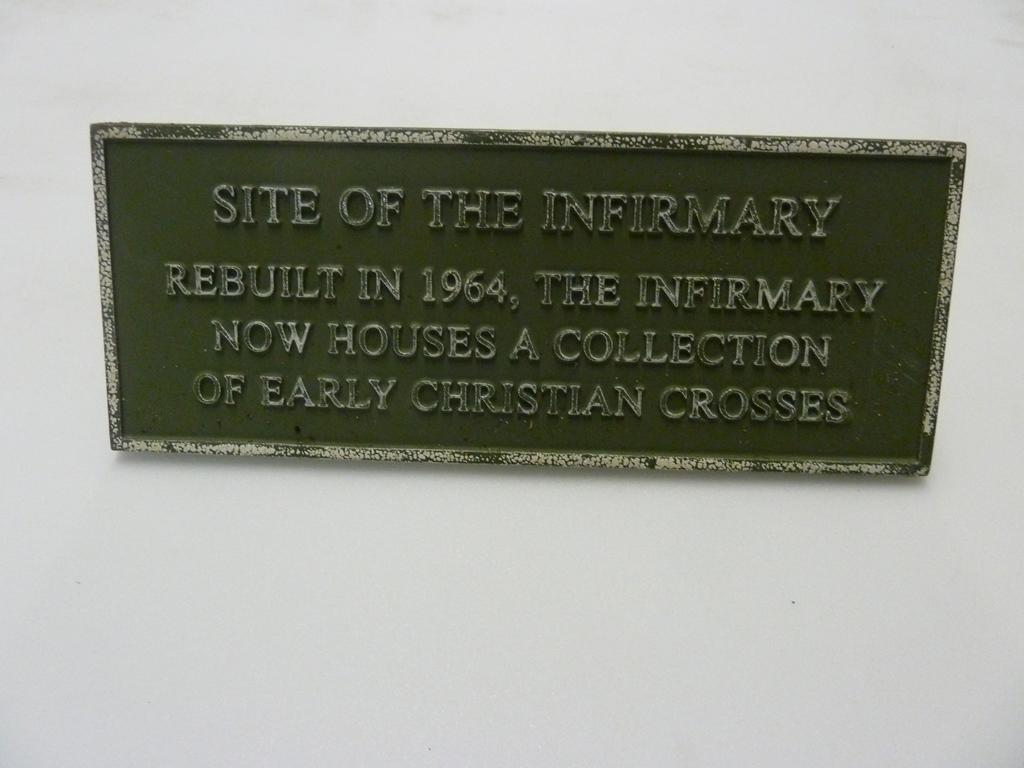 Interpretation plate - Site of the Infirmary

Interpretation plate - Site of the Infirmary

This sign was commissioned by the Ministry of Works and is one of hundreds of examples in existence across Scotland. The Ministry of Works was a UK Government department formed in 1940, although its origins can be traced back to the 14th century Office of Works, who were responsible for royal properties. Metal signs like this provided information about historic monuments.

This sign is from Iona Abbey. It marked the part of the site believed to have been used by monks as an infirmary. This part of the abbey has been used as a museum since the 1960s.